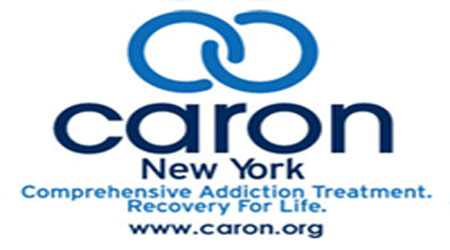 !s the record industry’s most innovative, outspoken and influential executive, Clive Davis has had a profound effect on the world of  music, as President of Columbia Records, he personally signed Janis Joplin’s Big Brother and The Holding Company as well as Blood, Sweat & Tears, Chicago, Santana, Loggins & Messina, Laura Nyro, Billy Joel, Bruce Springsteen, Aerosmith, Earth, Wind and Fire, and Weather Report and brought to Columbia Neil Diamond, Pink Floyd and The Isley Brothers. He played a key role in the careers of Simon
& Garfunkel, Sly & The Family Stone, Bob Dylan, Barbra Streisand and Andy Williams, and shaped career turning points for Miles Davis and Herbie Hancock. Davis’ deal with Gamble & Huff brought Columbia the
famed Philadelphia-International label which set the course for black music
After writing his best-selling book Clive:  Inside the Record Business, Davis founded Artista Records with Columbia
under Davis’ leadership, Arista launched the careers of Whitney Houston, Barry Manilow,
Patti Smith, Kenny G and Sarah McLachlan and attracted such important artists as Aretha Franklin, The Grateful
Dead, The Kinks, Lou Reed, Eurythmics, Dionne Warwick, Hall & Oates, and Carly Simon. Davis founded
Arista Nashville which launched the careeres of Alan Jackson, Brooks and Dunn and Brad Paisley.
Davis, L.A. Reid, and Babyface formed LaFace Records in October  and built a roster of hitmaking
artists including TLC, Toni Braxton, Usher, OutKast, and Pink.  Davis and Sean “Puffy” Combs
created Bad Boy Records with an artist roster including Notorious B.I.G., Faith Evans, Mase and Puffy Combs. Along with LaFace Records, Bad Boy became the most successful Hip-Hop and Rap label of the .
In the, Arista staked its place in music history. The x Grammy winning album, Supernatural, sold over
million copies worldwide, and marked the reunion of Carlos Santana and Clive Davis who accepted, asproducers, the Grammy for Album of The Year In Clive Davis was inducted into the Rock and
Roll Hall of Fame as the only non-performer and he received the Trustees Lifetime Achievement award by
NARAS at the Grammy Awards.
In Augus, Davis formed J Records, launching Alicia Keys whose debut album Songs In A Minor sold
over  million copies and swept the Grammys. J Records emerged as a dominant music force with chart
topping albums by Maroon  Annie Lennox, Luther Vandross and Rod Stewart.
In , the Clive Davis Department of Recorded Music at the Tisch School of the Arts at NYU,
endowed by Davis with a $ million gift, became the first four-year, degree-granting undergraduate program
that recognizes the creative producer as an artist in his own right and musical recording itself as a creative medium, Davis made an additiona million gift, expanding the Department into an Institute, and
was awarded an Honorary PhD of Fine Arts by the University.
, Clive Davis was appointed Chief Creative Officer for all of Sony Music Entertainment. In
NARAS named the prestigious state of the art theater inside the Grammy Museum the “Clive Davis Theater.” Davis’ passion for music is matched by a passion for helping his fellow man. The recipient of many
Humanitarian honors from organizations such as the T.J. Martell Foundation, the Anti-Defamation League and the American Cancer Society, Davis began his tireless efforts in the battle against AIDS.
Born in Brooklyn, New York, Clive Davis was a Phi Beta Kappa graduate of New York University, where he received his B.A. magna cum laude and he graduated with honors from Harvard Law School. He resides in Manhattan with two sons and a daughter residing in the metropolitan area and one son living in Los Angeles.
!ast year, with the help of our generous donors, Caron gave close tomillion dollars
in scholarships to addicted individuals and families with limited resources for treatment.
A significant portion of that aid goes to help individuals from the greater N area. Funds raised at the Gala will support this scholarship outreach as well as and growth of the Caron New York Recovery Center. The Recovery Center h continue its mission of providing “Recovery for Life” through unique services adolescents, their families, and other adults. The Recovery Center offers scree education and provides a healthy recovery environment for Caron Alumni