2016 MARCH TO END VIOLENCE AGAINST WOMEN

You are here: Home / Good News To Go / 2016 MARCH TO END VIOLENCE AGAINST WOMEN 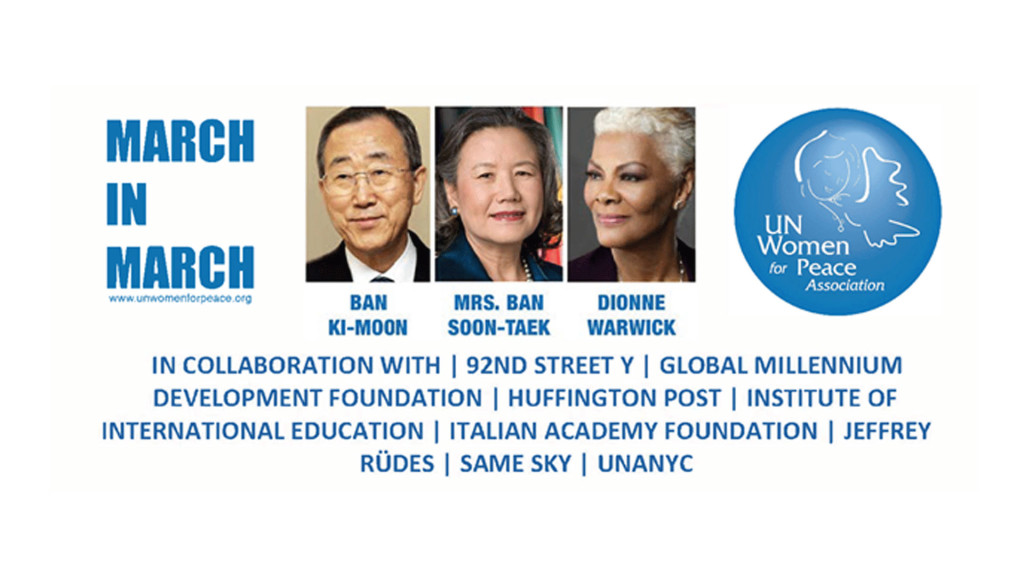 We wanted to reach to out to you because of your advocacy work on behalf of women. Globally, 1 in 3 women have experienced physical or sexual violence in their lifetime. These are more than just numbers: they are our mothers, our sisters, our daughters, our friends and our co-workers. Despite these startling statistics, violence is preventable. It is not inevitable. We are all responsible for ending these abuses of human rights.
On Saturday March 5th, at 11am, for the UN Women for Peace Association’s 4th annual #IWALK4WOMEN march and rally to bring attention to the myriad of ways violence impacts women globally. We invite you and your organization to join us in creating the world’s largest march to end violence against women.
Why? Because feet on the ground STILL MATTERS. Your voice and presence MATTERS. It sends a clear message that violence is unacceptable, that we are doing something about it, and we are asking our leaders to join us in ending it. Equally, it honors the thousands of organizations worldwide working to protect the rights of women and children, particularly girls. Sign up to march alongside others who are in this fight together, including FAO Goodwill Ambassador and Grand Marshall, Dionne Warwick, here: http://www.unwomenforpeace.org/march-in-march/
The more registrations we have in advance, the more people will show up to march! PLEASE REGISTER NOW.
Please help us spread the word far and wide on social media.
Twitter: @unwfpa #IWalk4Women
Sample Tweets:
Mar 5! Join @unwfpa in #NYC for a march to end violence against women! Sign up: http://buff.ly/1QmU8xH #IWALK4WOMEN

March with us March 5th b/c 1 in 3 women worldwide have experienced physical or sexual violence http://buff.ly/1QmU8xH #IWalk4Women #NYC
Facebook: facebook.com/unwfpa #IWalk4Women (tag UN Women for Peace Association)
Sample Posts:
On 3/5 join UN Women for Peace Association in a march to end violence against women in NYC. Sign up at: http://www.unwomenforpeace.org/march-in-march #IWALK4WOMEN

On 3/5 lend us your voice. March with us. Sign up at: http://www.unwomenforpeace.org/march-in-march. #IWalk4Women UN Women for Peace Association

Thousands will march to end violence against women while a gospel choir sings Warwick’s iconic song What the World Needs Now Is Love.