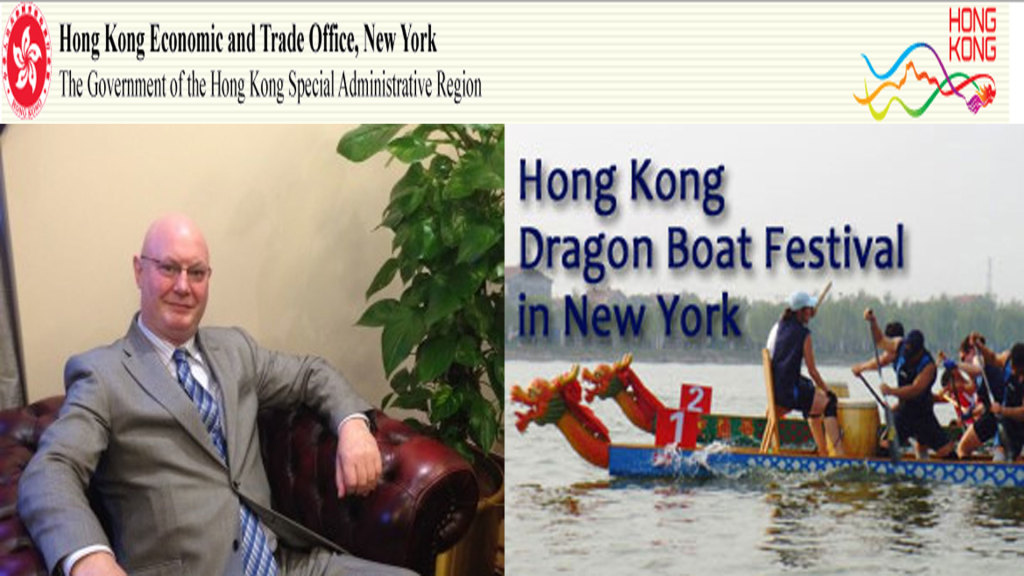 Seventy-Five Hundred dollars will be awarded on behalf of the HKDBF-NY 2014 Charity Boat Race participants to charities of their choice. Over the last twenty three years the HKDBF NY along with its Sponsors and Teams racing for various charities have contributed in excess of $200,000 to local non-profits. The dates for the 25th Anniversary Year 2015 Hong Kong Dragon Boat Festival in New York will also be announced.

An annual and much anticipated race occurring during the 2nd day of the Hong Kong Dragon Boat Festival in New York, (August 10th, 2014) this year’s Charity Boat Race participants included teams from HSBC, DCH, and the Shanghai Commercial Bank with each Company/Team contributing $2,500 to the kitty. The race winner (DCH) designated charity receives half ($3,500) of the funds raised and the remainder ($4,000) is divided equally between the other charities ($2,000 each this year.

The Hong Kong Dragon Boat Festival in New York, an annual, multi-cultural celebration and sporting event, is the largest multi-cultural Festival in New York and the biggest Festival of its kind in the U.S. For twenty -three successful years HKDBF-NY has attracted a diverse audience of approximately 60,000+ attendees with 2,500 participants competing from across the U.S. and Canada. Taking place over two days on the site of the 1964 World’s Fair on Meadow Lake in Flushing Meadows, Corona Park, Queens, NY, HKDBF-NY 2015 will feature events for the entire family. An opening day parade on Saturday, August 8th* will be followed by the New York Championship Race. The U.S. Dragon Boat Open Championship Race will be held on Sunday, August 9th*, with the winners sharing cash and prizes. (**TENTATIVE DATES)

The 10 Most Famous Paintings In History
Next Post: Philae (spacecraft)