A Tribute to Les Paul

You are here: Home / Good News To Go / A Tribute to Les Paul 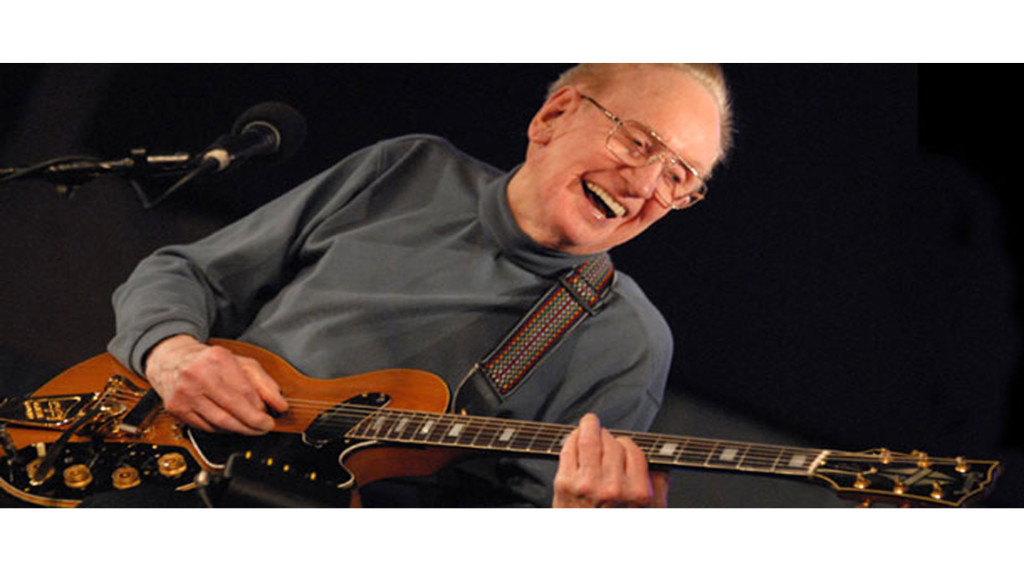 Now I need to take a piece of wood and make it sound like the railroad track, but I also had to make it beautiful and lovable so that a person playing it would think of it in terms of his mistress, a bartender, his wife, a good psychiatrist – whatever. Les Paul we will miss you.

Lester William Polsfuss, known as Les Paul (June 9, 1915-August 13, 2009) was an American musician and innovator and inventor. He was a pioneer in the development of the solid-body electric guitar which “made the sound of rock and roll possible”. He is credited with many recording innovations, including overdubbing (also known as sound on sound), delay effects such as tape delay, phasing effects, and multitrack recording.

His innovative talents extended into his playing style, including licks, trills, chording sequences, fretting techniques and timing, which set him apart from his contemporaries and inspired many of the guitarists of the present day. He recorded with his wife Mary Ford in the 1950s and they sold millions of records.

Among his many honors, Paul is one of a handful of artists with a permanent, stand-alone exhibit in the Rock and Roll Hall of Fame