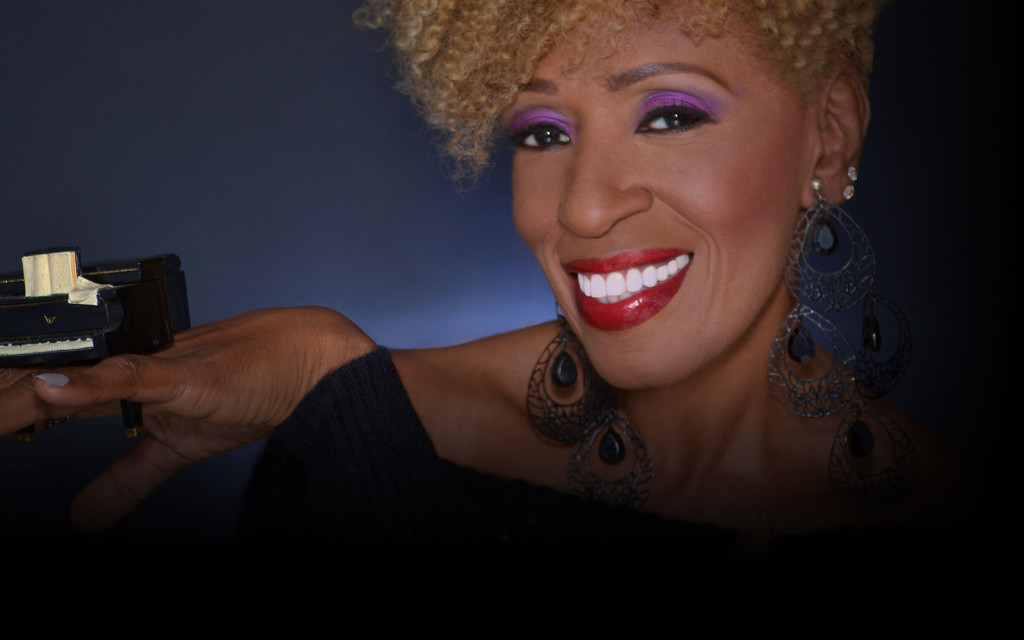 Aziza Miller knows New York. The pulse and the energy of the city manifests in her fusion of jazz, soul, Latin, and spoken word. She spellbinds audiences with her original compositions, peerless musicianship, and soulful yet sophisticated melodies. A native New Yorker, Aziza is proud to debut her new albumWhat’s On Your Mind? at Joe’s Pub. What’s On Your Mind? is the defining musical portrait of Aziza as both composer and musical artisan. “The Subway,” the album’s first single, vividly captures the sights, sounds, and colorful characters that distinguish New York’s metro system. Produced by Abe Fogle, engineered by Bryan X. Andrade, mixed by Chris Parks, and mastered by Dave Darlington, “The Subway” has been hailed by Valerie Simpson as “an anthem for the Metropolitan Transportation Authority” and has become the show stopper of Aziza’s concerts. Directed by Chinua Thomas, the accompanying video was filmed on-location in New York during summer 2013. What’s On Your Mind? follows a pair of releases that explored Aziza’s unique blend of jazz, soul, and poetry, Jazzsoetry Vol. 1 (2007) and Jazzsoetry Vol. 2 (2010). However, many listeners first became acquainted with Aziza when she blazed a trail in the 1970s as one of the first female Musical Directors for a major recording artist. Between 1975-1980, she presided as Musical Director, conductor, and pianist for Natalie Cole. During that time, Aziza composed the music for “La Costa,” which featured lyrics by Natalie Cole and brought Aziza to the attention of Ahmad Jamal, who not only covered “La Costa” but invited Aziza to write lyrics to four of his original recorded compositions. Formerly known as “Linda Williams,” Aziza was offered a contract with Arista Records where she released her first solo album, City Living (1979). Her debut featured the Latin-infused grooves of “Elevate Our Minds,” a song that was subsequently sampled by renowned U.K. DJ Ben Westbeech on “Get Closer” (2006).Beyond her studio projects, Aziza’s many talents have flourished everywhere from the Broadway stage to New York’s Department of Education. She brought her expertise to the Professional Performing Arts School where Alicia Keys was among her many talented students. In 1997, she received the Presidential Scholar Distinguished Teacher Award from President Bill Clinton. She played in the orchestra for Oprah Winfrey’s presentation of The Color Purple and was Musical Director for Rain Pryor’s Fried Chicken & Latkes. Throughout her various endeavors, she authored a book called The Divanary: A Dictionary for Divas, which was inspired by her interactive musical piece “Divas Don’t Apologize.” In every note she writes, plays, and sings, it’s very clear: Aziza has many more trails to blaze.