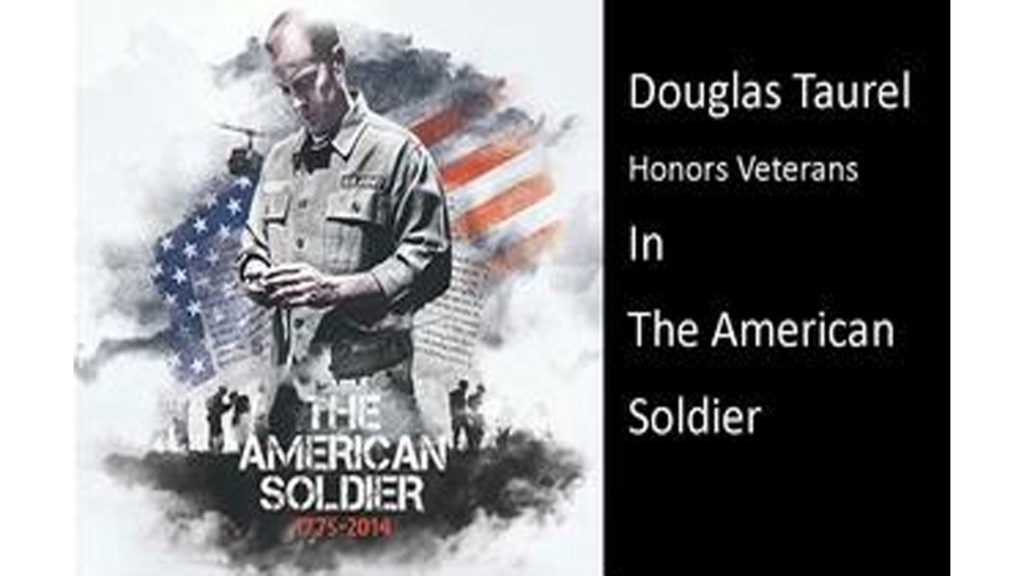 This critically acclaimed Off Broadway play is based on factual accounts and actual letters written by both American soldiers and their family members spanning over 200 years – from the American Revolution through the present day conflict in the Middle East. Mr. Taurel’s tour de force performance honors and explores the internal struggles that veterans and their families face when returning home from combat. The actor enters into the personas of 14 different veterans and family members, telling their important stories of courage and sacrifice. THE AMERICAN SOLDIER exposes the veterans flaws and scars, with both darkness and humor – while honoring their incredible commitment for our freedoms.

THE AMERICAN SOLDIER was recently performed at the Kennedy Center in Washington, DC and received 4 stars at the Edinburgh Festival Fringe. The play was also nominated for an International Amnesty Award for theatre excellence. The play is directed by Padraic Lillis who was recently named to the Indie Theater Hall of Fame as well as Indie Theater Person of the Year in New York. Learn more about The American Soldier and hear audience and veterans testimonials by visiting www.TheAmericanSoldierSoloShow.com

Tickets for this show are $65.00 for the general public, $60.00 for veterans – which includes the boat trip on the “Estuary Steward” to and from Bannerman’s Island and guided tour of the island. The boat departs from Beacon at 3:00 pm and again at 4:15 pm for the 5:00pm show. Tickets and the boat schedule for all BCT performances are available through the Bannerman’s Castle website at www.Bannermancastle.org or by calling 855-256-4007. For more information on this performance and other Bannerman’s Island events please call Executive Director, Neil Caplan at 845-831-6346.

Seasonal tours run weekends through October 29th departing at 11:00am from Beacon, NY. Bannerman Island Tour tickets are $35.00. Advance purchase required. There is a Metro North Train Package for the 1 day getaways through Metro North. Check availability and to buy tickets for Bannerman Island Cruise online at www.bannermancastle.org

The Bannerman Castle Trust is dedicated to preserving Bannerman Castle as an educational, cultural, historical, and recreational facility that promotes heritage tourism in the Hudson Valley. To that end, they aim to coordinate resources and funding to stabilize the structures on Pollepel Island so that the island is a safe and lasting destination for public tours and special events. They are also responsible for arranging public tours of the island each year; performing docks, trails, and gardens maintenance; and conducting other special projects (for example, preparation of Historic Structures Reports to document the history of the Castle) under the purview of the NYSOPRHP.
The Bannerman Castle Trust, Inc. is the official New York State Office of Parks, Recreation and Historic Preservation’s (NYSOPRHP’s) “Friends” organization for Bannerman Castle on Pollepel Island and a 501(c)(3) charitable organization. Bannerman Castle Trust, Inc. PO Box 843 Glenham, NY. 12527. Web: www.bannermancastle.org, Phone: (855) 256-4007