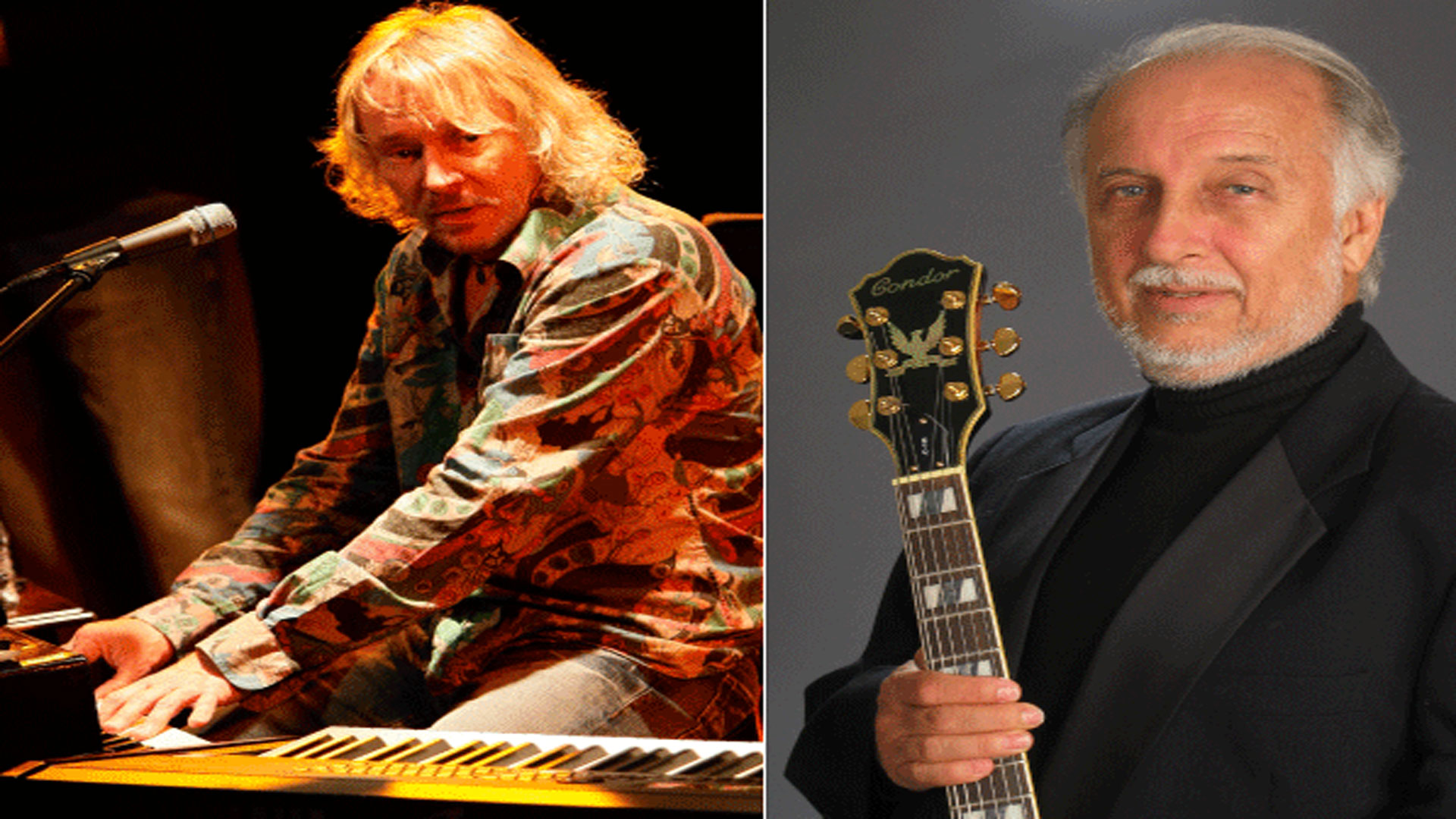 “Together for the first time in NY”

It is with great pleasure that Producers Pat Philips & Ettore Stratta, known for their passion for Brazilian music, bring together for the first time in New York two of Brazil’s most important pop/jazz composers, MARCOS VALLE/pianist-vocalist and ROBERTO MENESCAL-guitarist.  The performance will highlight many of their famous hit songs as well as some gems of JOBIM. They will bring vocalist Patricia Alvi, the great drummer Renato Massa, and Trumpeter Jesse Sadoc, with them from Rio.

Joining them will be two other native Brazilians living in the US, Itaguara Brandao on bass and Jorge Continentino on sax and flute. BossaBrasil is an annual event going into its 8th year.

ROBERTO MENESCAL, Composer of bossa nova classics  VAGAMENTE, RIO, VOCE…is Composer/Producer/guitarist and one of the ‘founding fathers of bossa nova’.  His best-known composition is “O Barquinho” and he is known for his work with Carlos Lyra, Nara Leao, Wanda Sa and many other important artists.  In 2013 he received The LATIN GRAMMY SPECIAL HONOREE AWARD for his great importance and contributions to the great music of Brazil.

Together they will make musical history at the legendary Birdland surrounded by other master musicians.  The combination of  Pop and Bossa Nova with songs by VALLE, MENESCAL and highlighting the great JOBIM as well will bring the best of Brazilian music to the forefront with  Valle on keyboards and vocals joined by singer Patricia Alvi,

alongside master guitarist Menescal and a band with renowned musicians.  It’s Bossabrasil at its best.

The Producers thank their presenting sponsor DELTA AIR LINES for their support!