Bryan El Castillo: NOT IN NOTTINGHAM

You are here: Home / Arts & Leisure / Bryan El Castillo: NOT IN NOTTINGHAM 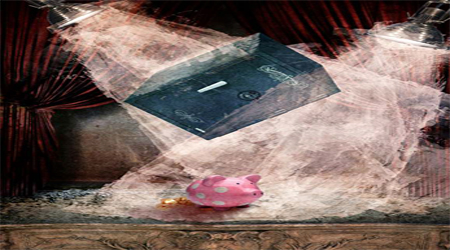 Artist Bryan El Castillo deconstructs and reconstructs layers of photographs and painting to create emotionally charged images. Through a technique of collaging photographs on canvas and overpainting, the artist focuses on retro or baroque imagery combined with current and past world events to question once again our perception. The setting is often an open stage, and thecompositions are carefully arranged for maximum impact, with meaningful repetitive details which challenge initial interpretation. The symbolic compositions with fetishistic elements are painted in his trade-mark sepia-tone palette with color to highlight objects. His previous series focused on the search for identity in an egocentric culture; the current series points to the global impact of apparently individual events, while also reflecting on the sense of uncertainty which governs the world.

Bryan is represented by Westwood Gallery, NYC, where he is currently having his third solo exhibiton. His artwork has been on view in Miami, Los Angeles, Chicago and Washington D.C. and was featured by The Huffington Post, Dining Out Magazine and Art Nexus. A series of ‘Chanel’ paintings, related to the artist’s examination of the impact of the logo as a functional form of art, is part of a traveling exhibition of photographs of Coco Chanel by Douglas Kirkland. El Castillo has also contributed paintings to the documentary film AMAZON GOLD, currently on the film festival circuit, to be released fall 2012.