You are here: Home / Good News To Go / Celebrate Holidays at the Apollo With Programs for Audiences of All Ages 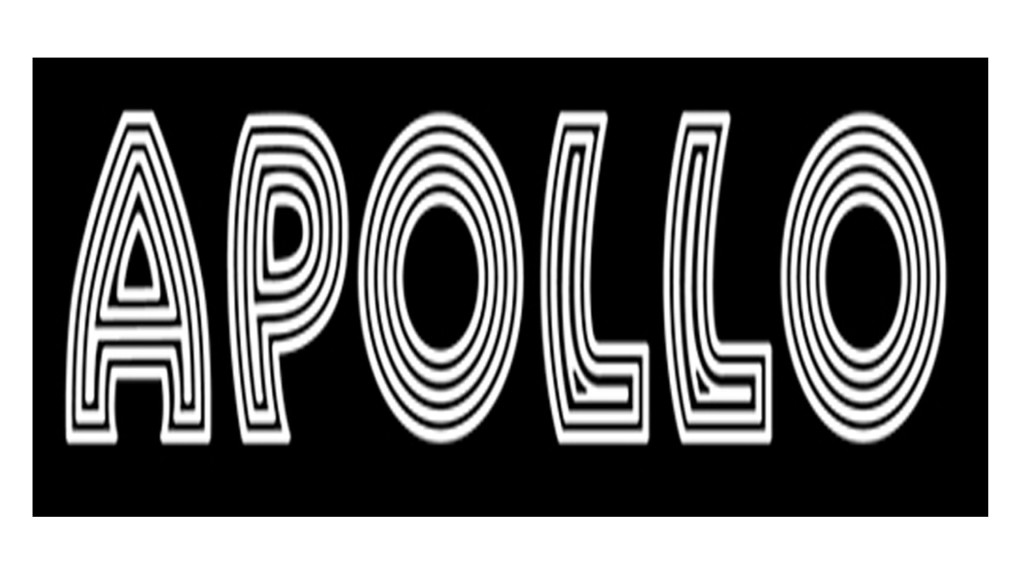 9th Annual Kwanzaa Celebration: Regeneration Night Featuring
Abdel Salaam’s Forces of Nature Dance Theatre, Raul Midón and Foday Musa Suso
Hosted by Imhotep Gary Byrd
Sunday, December 27, 2015 at 2 p.m. & 7:30 p.m.
(Harlem, NY – November 5, 2015) – This December, the Apollo Theater will celebrate the holidays with offerings for the entire family. Holidays at the Apollo is a special series of offerings designed to celebrate culture, music, family and community during the holiday season. Throughout its legendary history, the Apollo has consistently been a cornerstone of the Harlem community and a vital resource for community members. This year’s holiday programming represents the range and vibrancy of the Theater’s artistic offerings.
The Apollo’s holiday season begins with the world premiere of The First Noel, a Harlem-based holiday musical presented by The Classical Theater of Harlem, in collaboration with the Apollo. Holidays at the Apollo continues with the return of the free family event Coca-Cola Winter Wonderland followed by a special edition of the Theater’s signature program Amateur Night Holiday Special featuring special guest artist Shanice Williams, who will star as Dorothy in NBC’s upcoming live production of The Wiz. Singer/actor Corbin Bleu (High School Musical and Dancing with the Stars) will serve as co-host for the evening. The Theater’s holiday celebration culminates with the 9th annual Kwanzaa Celebration: Regeneration Nightwhich honors the principles of Kwanzaa through music and dance.
Information about the Apollo Theater’s full 2015-2016 season of programming – including new commissions, collaborations and works from artists across the globe – can be found atwww.apollotheater.org

Please see below for a full schedule of Holidays at the Apollo events
The Classical Theatre of Harlem—The First Noel: A World Premiere Musical
Preview Performances: December 11 & 12, 2015 at 7 p.m.
Opening Night: December 13, 2015 at 7 p.m.
Performances: December 15 – 31, 2015; 7 p.m. (Matinee at 2 p.m.)
In this world premiere, The Classical Theatre of Harlem (CTH) presents, in collaboration with the Apollo Theater, The First Noel, a new Harlem-based holiday musical. Presented in the Apollo’s Soundstage, The First Noel follows three generations of a Harlem family affected by the tragic loss of a loved one until an unexpected visit reveals some long-absent Christmas joy. It is a story about how a community is healed, one family at a time, as everyday people do extraordinary things to help one another receive the gift of love at Christmas time. The First Noel features music that crosses genres—from jazz to pop to gospel — to tell a universal story of love and belonging. The First Noel, commissioned by The Classical Theatre of Harlem and in association with Penn State Centre Stage, has been in development for three years and is intended to become a Harlem holiday classic.
Book, music and lyrics by Lelund Durond Thompson (founder, YellaFella Entertainment and CTH Artistic Associate) and Jason Michael Webb (Motown the Musical, Violet) Steve H. Broadnax III serves as Director. For The Classical Theatre of Harlem: Artistic Director Ty Jones and Managing Director David Roberts.
Tickets for The First Noel are $25 for previews, $75 for opening night, $35 for weekday performances and $50 for weekend performances. Tickets will be available at The Apollo Theater Box Office: (212) 531-5305, 253 West 125th Street, and Ticketmaster at 1-800-745-3000, www.ticketmaster.com

Coca-Cola Winter Wonderland
Saturday, December 19, 2015 from 2 p.m. – 6 p.m.
The Apollo and Coca-Cola are partnering to bring the magic of the holiday season to Harlem. Under the Apollo’s iconic marquee, Coca-Cola will offer a variety of holiday-themed activities and performances free and open to the public. Hosted by Billy Mitchell, Apollo tour director and in-house historian, festivities include picture taking with Santa Claus and giveaways. Additionally, in the spirit of giving, the Apollo will be a designated location for a toy drive.
Coca-Cola Winter Wonderland is free and open to the public.

Amateur Night Holiday Special
Featuring Special Guests Corbin Blue and Shanice Williams (Star of NBC’s Upcoming Live Production of The Wiz) with the Apollo Stars of Tomorrow
Co-hosted by Capone and Corbin Bleu
Saturday, December 19, 2015 at 7:30 p.m.
The Apollo lights up this holiday season with the Amateur at the Apollo Night Holiday Special, the 5th annual event under its signature program Amateur Night, showcasing recent winners of the show’s “Apollo Stars of Tomorrow” category. Featuring special guests Corbin Bleu (High School Musical and Dancing with the Stars) and Shanice Williams (Star of NBC’s Upcoming Live Production of The Wiz); and an array of instrumentalists, singers, and dancers from ages 11-18, this program captures the spirit of young performers all hoping to follow in the footsteps of Apollo Legends like Michael Jackson and Ella Fitzgerald, whose careers were launched on the stage of the Apollo.
Corbin Bleu is an actor and singer/songwriter best known for his role as Chad in the highly successful High School Musical franchise. The Brooklyn native has done TV, movies and Broadway. He starred in the Lionsgate feature, Nurse 3D and the independent feature Renee, opposite Kat Dennings. Corbin also played ‘Jesus’ in the Broadway production, Godspell and landed the lead role in the Broadway production, In the Heights. Corbin came in second place on the 17th season of ABC’s hit show Dancing with the Stars.
Shanice Williams is an 18-year-old New Jersey native. Williams was raised and trained in musical theater. She was selected out of hundreds of applicants nationwide who auditioned to portray the iconic role of a Kansas farm girl who gets swept up in a tornado and is sent to the mysterious Land of Oz. With five years of musical training including extensive dance and piano, Williams has co-starred in several local productions, including West Side Story, You’re a Good Man, Charlie Brown, 42nd Street, Seussical and Pippin. In 2014, Williams was nominated for Best Leading Actress in a Musical at the Paper Mill Playhouse’s annual Rising Star Awards.
Tickets are $20, $26, and $32. Tickets are available at The Apollo Theater Box Office: (212) 531-5305, 253 West 125th Street, and Ticketmaster at 1-800-745-3000, www.ticketmaster.com. Tickets are on sale now.

About the Apollo Theater
The legendary Apollo Theater—the soul of American culture—plays a vital role in cultivating emerging talents and launching legends. Since its founding, the Apollo has served as a center of innovation and a creative catalyst for Harlem, the city of New York, and the world.
With music at its core, the Apollo’s programming extends to dance, theater, performance art, spoken word initiatives, and more. This includes the October 2014 premiere and 2015 international tour of the dance celebration project – James Brown: Get on the Good Foot, the annual Africa Now! Festival, Apollo Club Harlem and the upcoming New York premiere of the opera Charlie Parker’s YARDBIRD. The Apollo is a presenting organization that also produces festivals, large-scale dance and music works organized around a set of core initiatives: Apollo Music Signature Programs—Amateur Night, Salon Series, Apollo Music Café; Legacy Series – work that celebrates and extends the Apollo’s legacy through a contemporary lens; Global Festivals including the Women of the World (WOW) Festival and Breakin’ Convention, international and U.S.-based artist presentations focused on a specific theme; and Special Projects, multidisciplinary work with partner organizations.
Since introducing the first Amateur Night contests in 1934, the Apollo Theater has served as a testing ground for new artists working across a variety of art forms, and has ushered in the emergence of many new musical genres—including jazz, swing, bebop, R&B, gospel, blues, soul, and hip-hop. Among the countless legendary performers who launched their careers at the Apollo are D’Angelo, Lauryn Hill, Machine Gun Kelly, Miri Ben Ari, D’Angelo, Ella Fitzgerald, Sarah Vaughan, Billie Holiday, James Brown, Michael Jackson, Gladys Knight, Luther Vandross, and Stevie Wonder; and the Apollo’s forward-looking artistic vision continues to build on this legacy.
The Apollo Theater is a not-for-profit organization and currently in the midst of fundraising for its 21st Century Apollo Campaign, created to extend the institution’s role in fostering artistic innovation and in building appreciation of American culture around the world. For more information, visit www.apollotheater.org.
Get social! For exclusive photos, updates and more use the hashtags #FirstNoelHarlem #HolidaysAtApollo and #KwanzaaApollo

Follow the Apollo Theater:
Facebook.com/apollotheater
Twitter.com/apollotheater
YouTube.com/apollotheater
Instagram.com/apollotheater
Amateur Night at the Apollo is sponsored by Coca-Cola.
Holidays at the Apollo, including the Coca-Cola Winter Wonderland and Kwanzaa Celebration are sponsored by Coca-Cola.
The Apollo’s presentation of The First Noel is sponsored by Citi and Time Warner Inc.
The Apollo’s 2015-2016 season is made possible by generous support from American Airlines, BNY Mellon, Citi, Coca-Cola, Troy and Keisha Dixon, EmblemHealth, Frederick Wildman, The Howard Gilman Foundation, Carla A. Harris, Robert K. Kraft, The Reginald F. Lewis Foundation, The Parsons Family Foundation, the Ronald O. Perelman Family Foundation, JoAnn Price, Earl W. and Amanda Stafford, Time Warner Inc., the Reginald Van Lee New Works Fund, the Apollo Board of Directors and many other generous donors.
Lead annual support is also provided by public funds from the New York State Council on the Arts with the support of Governor Andrew Cuomo and the New York State Legislature, the National Endowment for the Arts, and the New York City Department of Cultural Affairs in partnership with the City Council.