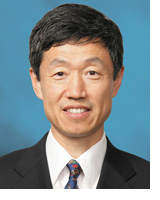 Dr. Weijian Shan- Chinese Crusader with a Dream to Catchable

Weijian Shan’s memoir “Out of the Gobi” has taken the United States by storm. Highly praised by both major media like the New York Times, Wall Street Journal, and USA Today, and general readers alike, Dr. Shan’s autobiorgraphicalsaga of his life as an exile in the Gobi Desert and subsequent rise to become one of the most successful financiers in China has been called “the book that will change your view on China.”

​After an intensive round of media interviews and book talks in London and then New York, Dr. Shan ended his whirlwind tour with a crowded event sponsored by the highly regarded National Committee on US-China Relations.  The event at the CBS Television headquarters in mid-town Manhattan was co-hosted by Dorsey & Whitney, a prestigious global law firm. Dr. Shan was introduced by Stephen Orlins, the National Committee’s president and a close friend of the author’s. Mr. Orlins. who is also managing director of Carlyle Asia,described Shan’s book as “a history of the last 60 years of China, personalized.”

Shan began his talk commenting on the very unexpected, but overwhelming response his book has created,in the U.S., topping Amazon’s best seller list for four consecutive weeks and continuing as one of the biggest selling books of the past year.  Dr.Shan, Chairman and CEO of PAG, one of Asia’s largest independent alternative investment management groups, then kept his audience rapt with attention for more than another hour and a half, recounting the horrific experiences he endured during his six years of hard labor in the Gobi desert as a member of Mao’s infamous Red Guard, 16 million teenagers who were sent to the provinces to be ‘re-educated by peasants”. The trauma inflicted on Shan and his contemporaries was often unspeakable. Their education was cut short and their lives disrupted, if not destroyed. Most were consigned to poverty and menial jobs ever after the Cultural Revolution had ended. Shan works on a state farm in the Gobi, where he dug ditches, harvested potatoes, practiced medicine as a barefoot doctor with no training whatsoever, and made bricks out of ox dung, taking his audience through a world remarkably suggestive of the harsh conditions Charles Dickens described in his classic novel, Great Expectations. Like a Dickens character, Weijian Shan’s suffering proved only to make him stronger. With his natural ability as a storyteller, Shan spoke with the clarity of the world renownedinvestment banker he has become, articulating his every word with feeling, evoking powerful images through minute details.  His delivery was that of a pleasant cross between passion and presentation and he kept his audience hanging on to his every word, engaged, awed, and overwhelmed.

​Shan recounted much of his early life, when he was a young 12-year old city scamp living in old Beijing, running around with local gangs and getting into mischief, as the full impact of Chairman Mao’s Cultural Revolution began to unfold. Shan was at first an enthusiastic volunteer and longed to be part of this great cultural awakening. He was assigned to the Gobi Desert and with a few friends he relished the importance of his new job, planting rice in the frozen sands of the tundra where temperatures often dropped to 10 degrees below zero Farenheit night and the only available water was solid ice. For more than seven years, Shan was “stationed” in the Gobi, but he felt as though he had been banished. His family back in Beijing had been torn apart during the Cultural Revolution. His mother and sister were sent to two different provinces, although his aging father and much younger brother were allowed to remain in sadly reduced circumstances in Beijing. Shan himself, however, gained strength and innovation as an ill-fed, overworked Red Guard but was reduced to taking serious risks to find the only food available—chickens he and his confederates had to steal from local peasants to keep from starving to death. He recounted thinking on one such outing that if he were to drop dead right there and then, it was more than likely no one would ever find his body and he would have been turned into aspeck of dust and become part of the sand under his feet. It was there, in that barren and desolate landscape in the middle of nowhere, that Shan was fortunate enough to meet a pilot from the China Aviation Service who had been exiled to the Gobi and told to raise pigs. Meeting this older individual, who had flown around the world, became Shan’s close friend and mentor and provided a camera that Shan used to record conditions in the Gobi, but also planted the seeds of Shan’s dream of someday going abroad. Upon Mao’s death, Shan was able to learn English and become one of the first Chinese ever to come to America where he would receive a formal education (despite the fact that he had, essentially, no secondary education and had taught himself mathematics while in the Gobi.Coming to America had abruptly changed the course of Shan’s life and providedhim with a stunning Hollywood persona: a Chinese crusader out of Gobi, chasinghis dream and determined to make that dream come true, at any cost!

​Over the next forty years, Shan never dared to stop, or even slow down. Enrolled at UC Berkeley, he obtained both his Master of Arts and also, amazingly, his Doctor of Philosophy degrees and then in the 1980’s, became a mathematics professor at the famous Wharton School where President Donald Trump learned finance. The economic boom of the 1990s offered Shan the opportunity to become a legendary financier in the making. He was recruited by the legendary David Bonderman’s Texas Pacific Group (TPG) where Shan helped make billions of dollars for TPG’s clients. His finance career then took him to first to Asia andeventually back to China, this time not to plant rice, but to harvest gold. Shanbecame one of the first private equity investors in China, the first to buy a state-owned bank (which is now worth US$60billion) and one of the first to acquire other SOEs which strengthened his relationships with Beijing and made Shan and his investors immense returns.

​Among the crowd present at this last event for Shan in the United States  were many members of the media, artists who were interested in the theme of China and Gobi, fellow Chinese writers, and many young American and Chinese investment bankers who dream of become the next Weijiang Shan one day soon.

​Just for the record, however, Shan ended his talk with a brief overview ofmarket trends in China’s historic economic revolution. Just 50 years ago, he pointed out, the average yearly salary in China was less than $150. Shan himself made $10 a year during his time in Gobi. Because of this, China’s GDP had been based primarily on export, but no one in China could afford to buy the goods they were making for mainly western markets. Even just 10 years ago, 70% of China’s GDP was from export, while only 30% was generated by domestic consumption. By 2018, however, these statistics have seen a radical reverse, with more than50% of China’s GDP now coming from domestic consumption while export accounts for only 19%. Over the past three decades, China has been gradually shifting to a more liberal market with private sectors today accounting for more than 60% of China’s GDP. Shan believes this trajectory isn’t changing and thatChina’s future lies in a market economy, similar to most western countries.

Shan ended his talk by recounting the significant and very different life coming to the U.S. and then returning to China has given him.  His life today could not be more removed from the lives his old friends he lived and worked with in the Gobi. His entire generation, Shan says, is a lost generation, youths forced into the countryside to grow crops in impossible conditions and robbed not only of any education, but in so many cases, of any hope of ever improving their lot in life. His friends who did not have the opportunity of leaving China today live in poverty and are unable to find work or earn a living and have become wards of the state.. Ashe spoke these words, however, Shan’s tone softened, not of a world renownedinvestment banker, but an individual who has no fake sympathy, no judgement,just the matter of fact recounting of his own miraculous good fortune.

​For Shan, the Cultural Revolution was an example of what happens when agovernment has absolute control. It is a time of chaos where everyone, from peasants to the highest government officials, can suffer and an entire generation can not only become “lost”, but can also turn against one another. To survive such a period can and was a daily struggle. For Shan, the Cultural Revolution serves as a cautionary tale against government owning everything and mandating all aspects of a person’s life, including who should live and who should die.

When asked Shan if he had a specific group of people, a target audience, he wanted his book’s message to reach? His response suggests his book is not just a vanity project written for his own benefit. Shan said he started writing this book when his children were young, that in his household, instead of telling his children fairytales, he would tell them about his time in the Gobi and his kids were more enthralled than they would ever be since this was the life their father had actually led. Shan began writing this book 27 years ago but it wasn’t until 2017 that he decided to make finishing this book his New Year’s resolution. He wrote this book, Shan says, for his children, and other children of the “lost generation” to know of this most horrific period in Chinese history and appreciate what they have, and even more importantly, appreciate the world they now live in. Shan has passed the torch of a dreamer on to the next generation of crusaders, whichincludes me, a millennium member whose parents shared Shan’s experience out of China to America and who, like Shan, have made their own lives anotherHollywood story. 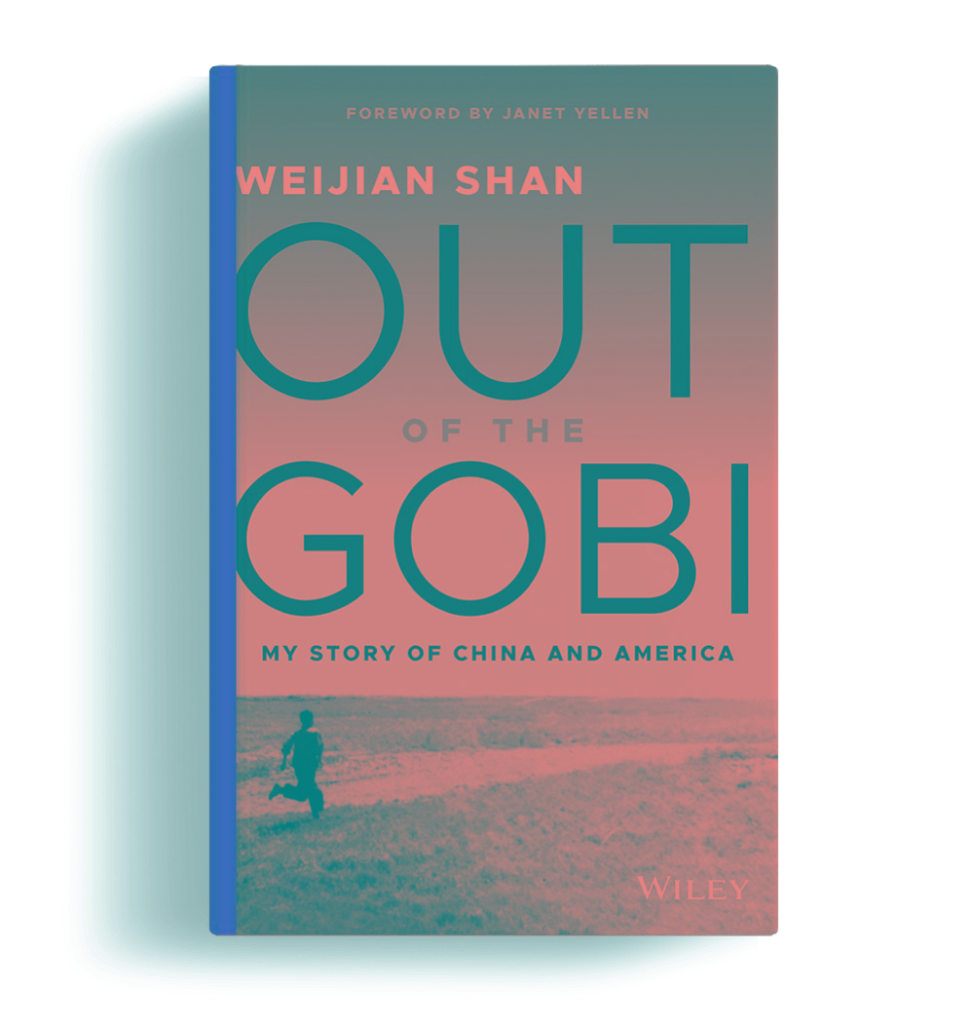