You are here: Home / Archives for Communities / Americas

New York Forum of Amazigh Film Festival (NYFAF) - May 9-10, 2019 - LGCC & Columbia University Teachers College   Dear Friends,   Pan Logos Foundation is proudly supporting the New York Forum of Amazigh Film Festival (NYFAF) on May 9-10, 2019 at LaGuardia Performing Arts Center in Queens, NY and at Columbia University, Teachers College, Cowin Auditorium.   NYFAF offers a unique platform to discover North African culture and to showcase the cinematic works of its people with a particular focus on films created about Imazighen, the indigenous people of the region.   Attendance to the festival is free and open to all, assuring an enlightening  experience if any of you are able to attend and support this great initiative.   I … END_OF_DOCUMENT_TOKEN_TO_BE_REPLACED 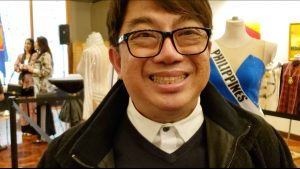 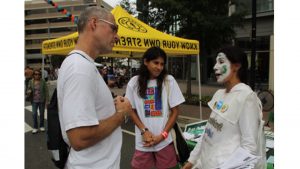 ARLINGTON, VA – StyrofoamMom, an environmental film that advocates for the elimination of single-use plastic, was screened at National Landing on April 6, 2019 with the Global Co-Lab Network. “I was delighted to have the film screened by the Eco-Teen action network who will host an Open House at the Smithsonian May 18th, 2019,” said Director Miriam Gennari.  “The event was attended by 200 people and sponsored by JBG SMITH, a real estate development company in northern Virginia.” The Global Co-Lab is Network incubates change utilizing small, carefully crafted, HUB gatherings called CO-LABS that focus on youth passions for making the world a better place and identifying expertise around their ideas to curate networks who provide support. “The film Styrofoammom is available for … END_OF_DOCUMENT_TOKEN_TO_BE_REPLACED 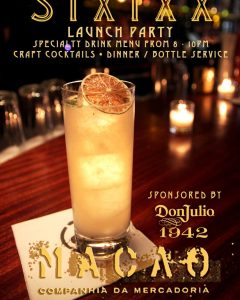 Macao will furnish a special drink menu for the earlier festivities including two of Macao's signature cocktails. Tantra Sixixx is now sponsored by Don Julio's premium Tequila, 1942 and will be providing us a bottle each night. Specialty Drinks from 8pm-10pm ~~~ Macao Classics  - 12 Ciao Rizo Westside Coral Lager, Portugal - 6 We will also have table service available. Paula will be accommodating you at the tables for dinner (until 11pm), late night (from 11pm-1:30am) and bottle service throughout the course of the evening. To reserve tables, please email me at info@tantrasixixx.com. website: tantrasixixx.com insta: @tantrasixixx facebook: … END_OF_DOCUMENT_TOKEN_TO_BE_REPLACED 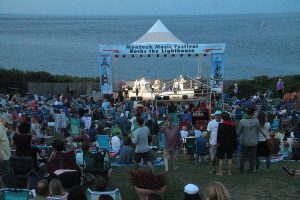 There’s going to be a new focal point at the 10th annual Montauk Music Festival, and you could say it will act as a veritable beacon drawing music lovers from miles around. Ken Giustino, founder and producer of the festival, which runs from May 16 to 19, has announced that this year the primary public stage will be shifted from Montauk Green out to the Montauk Point Lighthouse Museum grounds where the 111-foot tall lighthouse will, indeed, serve as a beacon for music lovers in both the literal and figurative sense of the word. “It’s the 10-year anniversary for the music festival and it’s much larger than what I used to do on the green in the middle of town,” explained Mr. Giustino in a recent discussion about this year’s event. “The venue is so amazing, I felt … END_OF_DOCUMENT_TOKEN_TO_BE_REPLACED

In 2020 we will take our event to 193 countries and other locations to create the largest world gathering & broadcast to share Peace, … END_OF_DOCUMENT_TOKEN_TO_BE_REPLACED