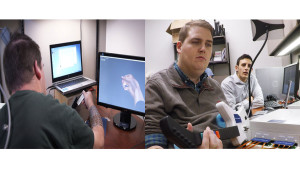 The New York Times Five years ago, a college freshman named Ian Burkhart dived into a wave at a beach off the Outer Banks in North Carolina and, in a freakish accident, broke his neck on the sandy floor, permanently losing the feeling in his hands and legs. On Wednesday, doctors reported that Mr. Burkhart, 24, had regained control over his right hand and fingers, using technology that transmits his thoughts directly to his hand muscles and bypasses his spinal injury. The doctors’ study, published by the journal Nature, is the first account of limb reanimation, as it is known, in a person with quadriplegia. Doctors implanted a chip in Mr. Burkhart’s brain two years ago. Seated in a lab with the implant connected through a computer to a sleeve on his arm, he was able to learn by … END_OF_DOCUMENT_TOKEN_TO_BE_REPLACED 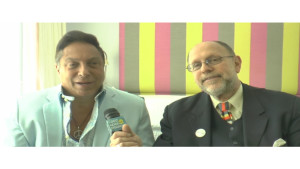 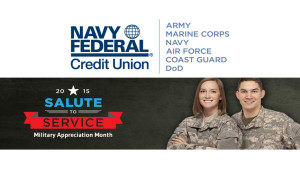 A Veteran Explains How Navy Federal Credit Union is Supports Our Troops by Helping Them Start & Grow their Own Business Every year since 1963, the President of the United States has issued a proclamation announcing National Small Business Week, which recognizes the critical contributions of America¹s entrepreneurs and small business owners. More than half of Americans either own or work for a small business, and they create about two out of every three new jobs in the U.S. each year. www.navyfederal.org. To kick off National Small Business Week, we have a special interview with Jim Salmon, the head of Business Lending at Navy Federal Credit Union. to discuss what¹s needed to start and grow a business, and he¹ll share information about programs designed to help military … END_OF_DOCUMENT_TOKEN_TO_BE_REPLACED 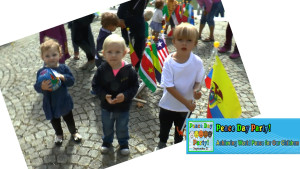 Celebrations in Times Square 9/15 (Press Conference), Central Park 9/20 & Cadman Plaza/Brooklyn War Memorial 9/21. Here is the link for viewing or to share with others. https://www.youtube.com/watch?v=UX5G6PGZIl8 Supporting those doing Good by helping others live peacefully with our focus on Children. Integral to the broadcast is that it includes over 60 messages of organizations/ celebrities (Go to: www.peacedayparty.org to see list) that help create a peaceful world and share how they do it. THIS IS THE HEART OF THE SHOW, educating children to help reduce: violence, bullying, sex trafficking, homelessness, poor self- esteem, hunger, bad nutrition… Right now 10/2/15 please donate to our Kickstarter Campaign which ends on October 6, 2015, … END_OF_DOCUMENT_TOKEN_TO_BE_REPLACED 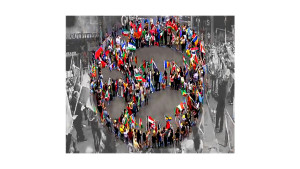 Manhattan Borough President Gale Brewer Proclaims International Day of Peace At Press Conference in Times Square 9/15/15, Events to be held in Central Park 9/20 & Cadman Plaza, Brooklyn, War Memorial 9/21 Brooklyn, NY – www.goodnewsplanet.com invites you to be part of historic world broadcast to strengthen the message for International Day of Peace in Times Square, Central Park, and Cadman Plaza/Brooklyn War Memorial (Your invited to Brooklyn as well). 193 UN Countries have agreed, 610 Million are aware of the day (McKinsey & Company); corporations & individuals are involved worldwide, 2,000 websites to broadcast and social networks. Integral to the broadcasts is that it includes over 60 messages of organizations/ celebrities (Go to: www.peacedayparty.org to see list, … END_OF_DOCUMENT_TOKEN_TO_BE_REPLACED

In 2020 we will take our event to 193 countries and other locations to create the largest world gathering & broadcast to share Peace, … END_OF_DOCUMENT_TOKEN_TO_BE_REPLACED