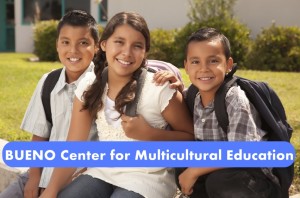 Visit: http://buenocenter.org There are few educators in the United States and indeed the world who have made that kind of educational impact that Leonard Baca has made. He is a scholar, teacher, mentor, and most importantly a family man. Leonard was born and raised in Albuquerque, New Mexico in the Duranes neighborhood. After high school he attended Conception Seminary and received a BA and MA in Religious Education and a Baccalaureate in Sacred Theology (STB) from Catholic University. He later left the seminary and earned an MA in Special Education with an emphasis in mental retardation from the University of New Mexico, and an Ed.D in Special Education, non-categorical with an emphasis in administration from the University of Northern Colorado. After receiving his PhD Leonard … END_OF_DOCUMENT_TOKEN_TO_BE_REPLACED 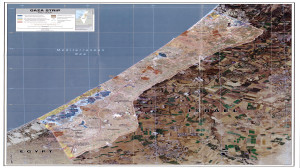 LET'S START WITH THE HUMANITARIAN PEACE CEASE FIRE IN GAZA EMAIL THAT GOOD NEWS RECEIVED TODAY 7/31/14 FROM THE WHITE HOUSE. Statement by the Press Secretary on the Humanitarian Ceasefire Announcement in Gaza The United States strongly supports the humanitarian ceasefire announced in Gaza this evening.  We urge all parties to act with restraint until this humanitarian ceasefire begins at 8:00 a.m. local time on Friday, August 1, 2014, and to fully abide by their commitments. We believe the only sustainable way to address Israel's security concerns and enable Palestinians in Gaza to lead normal lives is through a permanent cease-fire agreement.  We urge the Israeli and Palestinian delegations to begin negotiations immediately in Cairo, at the invitation of Egypt, aimed at achieving … END_OF_DOCUMENT_TOKEN_TO_BE_REPLACED 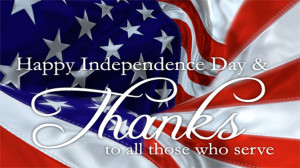 Award-Winning, International Travel Expert Stephanie Oswald Provides Patriotic Travel Tips on Everything from Where to Go, What to Pack and Getting the Most for Your Dollar! STEPHANIE OSWALD, Editor-In-Chief of TRAVELGIRL Magazine, Award-Winning International Travel Expert With Fourth of July fast approaching, what’s on your travel itinerary?  There are certain icons of freedom that every American should visit at least once in his or her lifetime. No matter how many times you’ve seen pictures of these shrines to our nation’s heroes and heritage, it’s a star-spangled thrill to witness them in person. They appeal to our patriotism and love of liberty and remind us what it means to be an American.  Award-Winning International travel expert Stephanie Oswald is available for live … END_OF_DOCUMENT_TOKEN_TO_BE_REPLACED 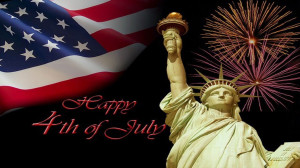 CELEBRATE AMERICA’S BIRTHDAY WITH A STAR SPANGLED PARTY LIVE FROM THE U.S. CAPITOL! This July 4th, America’s national Independence Day celebration kicks off our country’s 238th birthday with an all-star salute led by our country’s favorite host, two-time Emmy Award- personality Tom Bergeron. Hot off another winning season as host of the hit series Dancing with the Stars, Bergeron will lead an all-star cast in a patriotic evening of unrivaled musical performances—topped off by the greatest display of fireworks anywhere in the nation. Broadcast live on PBS from the West Lawn of the U.S. Capitol, the event will feature performances by: Rock and Roll Hall of Famer Frankie Valli; Grammy Award-winning music legend Patti LaBelle; multi-platinum recording artist and actress Jordin Sparks; … END_OF_DOCUMENT_TOKEN_TO_BE_REPLACED

To help plan your 2014 disaster coverage and mark the beginning of hurricane season on June 1, Laura Howe of the America Red Cross and Lowe's spokesman Paris Lytle are available to discuss important hurricane preparedness tips and products your viewers and listeners should have on hand to be ready for any emergency situation. TOPICS FOR DISCUSSION INCLUDE: ***General information about the importance of disaster preparedness         ***Recommended tools, resources and products to help prepare for a hurricane ***Important tips and simple steps everyone can use to keep their loved ones and their homes safe in times of disaster ABOUT DISASTER PREPAREDNESS: ***Preparation is crucial in helping to stay safe before, during and after disasters. People should create or purchase an … END_OF_DOCUMENT_TOKEN_TO_BE_REPLACED

In 2020 we will take our event to 193 countries and other locations to create the largest world gathering & broadcast to share Peace, … END_OF_DOCUMENT_TOKEN_TO_BE_REPLACED