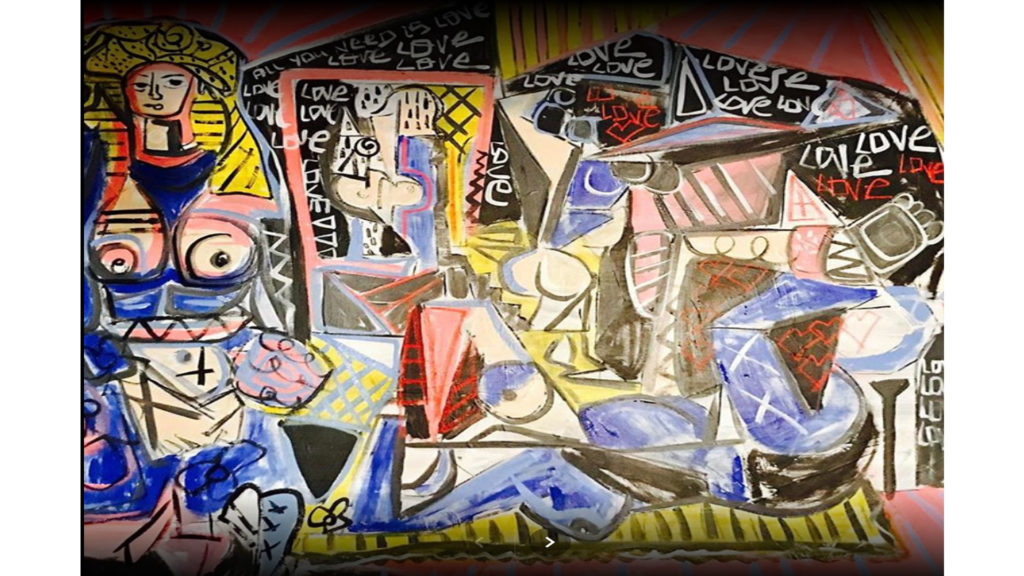 For over 20 years Zapata has built a body of work, which varies significantly in motif, though consistently explores themes of sexuality, opulence, and vitality in his signature style. In this distinctive hand, Zapata layers fantasy and reality, luring the viewer into his potent, cosmically beautiful world. Known for his signature “Polo” series, which first gained him critical acclaim, more recent work focuses on themes including his native Spanish culture, American Pop icons, and the state of the contemporary practice.

Named an “artist to watch,” in 2011 by the prestigious Whitewall Magazine, Zapata has quickly fulfilled this prophesy. Since, his work has lauded praise from international press such as The New York Times (cover story, Thursday Styles April 25, 2013), Esquire Spain, Vanity Fair Italia, and The New York Observer. Recently, The New York Magazine deemed him, “in a league of his own,” while the New York Post proclaimed Zapata to be the “new Andy Warhol, with starlets begging for a sitting.”

Daniel Mazzone was born and raised in Toronto, Canada.

As part of an artistic family, he was surrounded by a world of visual concepts and expression. His mother was an art instructor, and Mazzone became particularly interested in the composition and production of stained glass at a young age.

Using letters, newspaper stories, magazines covers, song lyrics, and photographs, Mazzone works freehand to carve shapes that fit together like pieces of a puzzle. Carefully layering the images so that they read together as a cohesive whole, the attention Mazzone brings to his art to compels the viewer to stop, focus, and take in the endless detail of each work.

The artist’s women are among some of his most popular works, inspiring more than one guest at the party to pose in front of his lovely ladies. Mazzone’s love and respect for women is evident in his work, which celebrates and exalts women as goddesses of the earth.

In 2020 we will take our event to 193 countries and other locations to create the largest world gathering & broadcast to share Peace, … END_OF_DOCUMENT_TOKEN_TO_BE_REPLACED