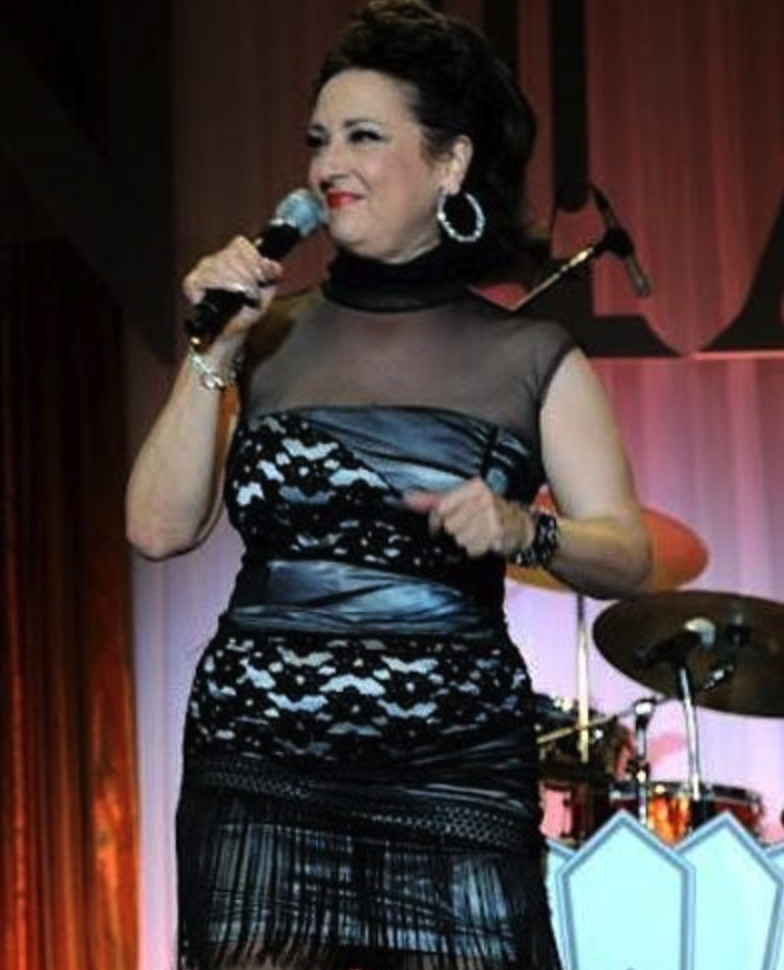 Ethel Merman.  She has no equal.” -Forbes Magazine

Cristina Fontanelli has become an international personality through her recordings and appearances on-stage, radio and TV.  Her appearances include PBS-TV host for Andrea Bocelli, Il Volo and Michael Buble TV specials. She has appeared on CBS Weekend NY, has won BestActress in the Cutting Room International Film Festival (2018) and the VenusInternational Film Festival (Las Vegas, July 2019) for her role in SANTINO, a NIAF/Russo Brothers Productiongrantee. Best Actress Promo Clip She is a regular at (Michael) Feinsteins 54 Below Cristina sings “Vissi d’Arte” at Feinsteins at the RegencyHotel and has shared stages with Tony Bennett.  Other TV appearances include co-hosting on CBS-TV  and starring opposite Kevin James in a CBS promo special. She has sung title roles with the Palm Beach Opera, and internationally with the Hong Kong and Cairo Opera’s and has been featured soloist with the BostonPops and the St. Louis Symphony performing in major concert halls throughout the U.S. and the world, including the Lincoln and Kennedy Centers, Carnegie Hall, the Philadelphia Academy of Music, Boston Symphony Hall and Guild Hall in East Hampton.She has been named one of the American Academy of Dramatic Arts most notable alumni(along with Robert Redford, Danny DeVito and Anne Hathaway); has performed at the White House as part of President Clinton’s holiday celebration, and Cristina opened the 2005 Stars andStripes Inaugural Ball for President George W. Bush.   Her awards include the “Lifetime Achievement Award in the Arts” from the Order Sons of Italy in America (previous honoree LucianoPavarotti).  Cristina has been anon-air radio guest on WOR radio with Joe Piscopo, and on Bloomberg and Sirius Satellite Radio. She is included in the book “The Life andTimes of Mickey Rooney” (Simon and Schuster 2015) for singing “Happy Birthday” at Mickey’s 90th birthday party (Donald Trump, Regis Philbin, Tony Bennett in attendance) The Life and Times of Mickey Rooney/CristinaFontanelli.  She was signed by platinum-record winning producer, Sandy Linzer, to record Cristina Fontanelli Sings Great ItalianFavorites Listen to Cristina singing “Ave Maria”. Cristina produces and stars in “Christmas in Italy®” (17th year) which gives more than 80 children performance opportunities every year.  (Sold-out CarnegieHall’s Zankel Hall).  The show’s “mission”includes raising funds for children’s causes thru The Cristina Fontanelli Foundation. Cristina is currently producing the PBS-TV special of “Christmas in Italy®”.  Cristina appears annually with Opera & Broadway of the Hamptons and has opened the ceremonies at the Hampton Classic. She sings and entertains in 9 languages.

What Does Peace Mean to CRISTINA FONTANELLI: http://goodnewsplanet.com/what-does-peace-mean-to-cristina-fontanelli/

A smile to start your day
Next Post: What Does Peace Mean to Cristina Fontanelli