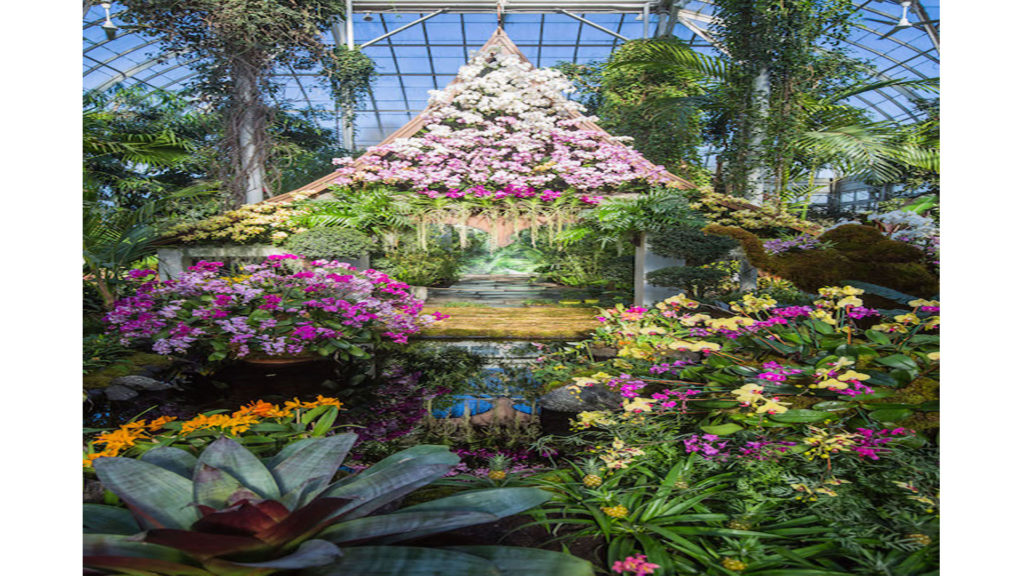 The Orchid Show celebrates its 15th year at The New York Botanical Garden with an homage to the wealth of orchids and rich cultural history of Thailand. Thailand is home to more than 1,200 native orchid species and over the last century it has become the leading exporter of cultivated tropical orchids in the world. Native and hybrid orchids alike have become synonymous with the nation.
This year’s exhibition in the Enid A. Haupt Conservatory will feature an astonishing array of blooming orchids in a lush tropical garden, including a rainbow of vanda orchids, whose large patterned blooms are widely popular in Thai gardens and homes. The show culminates in a jaw-dropping scene of a large arched façade in the style of a traditional Thai pavilion—festooned with hundreds of exquisite orchids. Thai dance performances, film screenings, tours, orchid care demonstrations, expert Q&As, and more fill the daylight hours, while the return of our popular Orchid Evenings ensures many memorable celebrations after the sun has set.

Qingming Festival – is an opportunity for celebrants to remember and honour their ancestors at grave sites in many Asian countries.
Next Post: What’s Good News for Andrew Kaen?