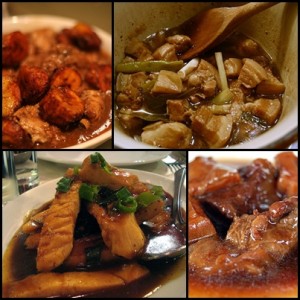 Gawad Kalinga USA invites everyone to join the Adobo Fiesta 2012 which features the 1st Adobo cooking competition at Payag Restaurant in Queens on Sunday, Oct. 28, 2012. Actual cooking starts at 10AM while food tasting and Adobo Fiesta lunch starts at 12NN. A fiesta party follows at 1PM with guests Consul General Mario De Leon, Kirby Asunto, and many more.

This event is organized to build a community center and support GK programs in flood-affected communities in Mindanao.

Hurry! Limited slots only! For tickets and reservations, please e-mail the following:

Antonio “Tony” Meloto, witnessed the signing of a memorandum of agreement between Gawad Kalinga

(GK) USA and Payag Restaurant, a popular Filipino restaurant in Queens, for a multi-year commitment to

support programs of Gawad Kalinga. Payag Restaurant will raise funds in the next three years for Gawad

worth $12,000 and will continue to support programs of Gawad Kalinga in the United States.

GK USA, with its mission of “inspiring heroic action while rising to the challenge of nation building,”

vision of “a world where the spirit of bayanihan lives.” Bayanihan, or heroic act, is an inherent trait

among Filipinos manifested through the values of caring and sharing. GK USA aims to reawaken this

spirit of communality which continues to build Filipinos as a strong and resilient race. Through its

Sharing the same vision and objectives with GK USA, Payag Restaurant agreed to enter into a causerelated marketing campaign which features the popular Filipino dish “Adobo.” For every purchase of

Payag Restaurant had started its fundraising activities this fall for Gawad Kalinga. Its maiden project was

the Bulad Festival in early October and the first Adobo cooking competition on October 28, 2012, in

celebration of the Filipino-American History Month. The Adobo cooking competition is the main

highlight of the Adobo Fiesta 2012, the first of an annual event jointly organized by GK USA and Payag

Restaurant. The competition is open to professional and non-professional cooks. The winning Adobo

GK USA, the official representative of Gawad Kalinga in the United States likewise supports a new

program, the “Bayani Campaign,” a program originally crafted through a consortium of Filipino American

identity. GK USA will reach out to the Filipino community and collaborate with Filipino organizations in

the tri-State area and support the development and organization of the Bayani Campaign. With the

essence of being a Filipino, the campaign highlights the bayanihan spirit. One of the activities of the

Bayani Campaign is the Bayani Tour, which aims to bring Filipino Americans to the Philippines not only

bayanis (heroes). He attended a series of speaking engagements in Chicago and North Carolina to push for further collaborations for social entrepreneurship with school and community-based organizations at

the onset of the booming Asian economy. Gawad Kalinga, with its thrust of wealth creation among third

world economies, recently received the 2012 Skoll Award for Social Entrepreneurship in Oxford from

The Skoll Foundation, the world’s largest foundation for social entrepreneurship.