Film Screening: The Man Who Saved the World

You are here: Home / Good News To Go / Film Screening: The Man Who Saved the World 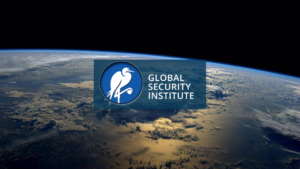 followed by discussion with the movie director and screen writer Peter Anthony
Click here to register.

On September 26, 1983, an incident unfolded at a Soviet nuclear early warning facility that nearly led to a nuclear war by accident.

The Man Who Saved the World is a feature length movie about Stanislav Petrov, a former lieutenant colonel of the Soviet Air Defence Forces who prevented the nuclear false alarm incident from becoming a nuclear holocaust.
The movie recreates those tense times in the Soviet nuclear facility, and then follows Petrov 30 years later when the incident is revealed to the West and Petrov is invited for the first time to the United Nations and the USA.

The movie has won a number of awards including the 2015 Sundance Film Festival Best Feature Film. Click here for the movie trailer. Click here for a short, powerful interview with Stanislav Petrov by PNND Council Member Jonathan Granoff.

This special screening is held in conjunction with the International Day for the Total Elimination of Nuclear Weapons, the anniversary of the incident portrayed in the film.

It will be introduced by Michaela Sorensen, United Nations Youth Association of Denmark. It will be followed by a live discussion and the opportunity for you to ask questions with Peter Anthony, Director and Screenwriter of the movie.

The movie screening will be followed by a live discussion with movie director and screenwriter Peter Anthony, with the opportunity for you to ask questions.

More on International Day for the Total Elimination of Nuclear Weapons:

The UN General Assembly will hold a High Level event on October 2 to commemorate the day. Click here to send a message to governments calling on them to pledge to never start a nuclear war and to eliminate all nuclear weapons by the 100th anniversary of the UN.

Parliamentarians for Nuclear Non-Proliferation and Disarmament (PNND) is a global network of legislators working on a range of initiatives to prevent nuclear proliferation and to achieve a nuclear weapons free world.

GLOBAL SECURITY INSTITUTE RELIES ON DONORS LIKE YOU FOR OUR WORK AND OUR EXPANSION. PLEASE CONSIDER TAKING A MOMENT TO ASSIST US IN COMPLETING OUR VITAL WORK. THANK YOU:

Too funny
Next Post: TOLERANCE.. Where there is tolerance, there is an ability…