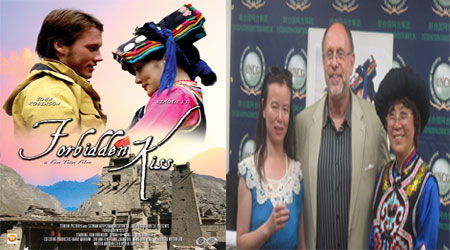 90 min — China — Romance
In the ancient mountain village of Quiang Minority, a young American architect comes to work on his thesis.  Jake accidentally poisoned himself, while taking a hike on the mountain.  However, he is miraculously saved and returned to the village by an unknown person.  When he awakes, he doesn’t know what happened and who saved him.  Not knowing who saved him, he becomes obsessed with finding the savior as well as what happened on the mountain.
Many lessons are learned as the village Quiang Minority struggles with the inevitable culture clash of the old Chinese ways and the new Western ways…

Previous Post: « Melissa Kate
Next Post: EXCITING NEWS FROM THE GIVING BACK FOUNDATION IN THE U.S. AND INDIA »