You are here: Home / Arts & Leisure / Travel / Gateway to Adventure 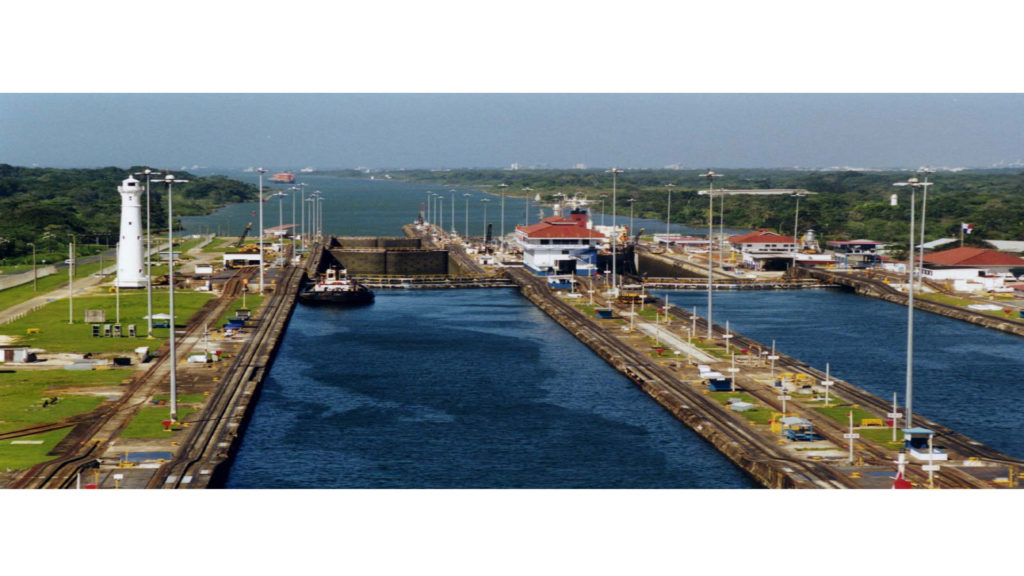 In Panama and Costa Rica

The 36-floor luxury Waldorf Astoria Panama located just 15-minutes from Tocumen International Airport (PTY) offered us a personalized hospitality experience. Our very own concierge made our appointments for private car arrangements, tours and enticing dining experiences. Nearby attractions included the Panama Canal (5 miles), the financial district with restaurants and bars just steps away and a world-class championship golf facility designed by architect Jeffrey Myers – 5-minutes away on the east bank of the Panama Canal.

Our morning excursion started with a visit to the Panama Canal Miraflores Locks, the first locks of the Canal coming from the Pacific Ocean, considered to be one of the world’s most acclaimed engineering marvels. We observed the movements of the ships in the locks and learned about the Panama Canal operations as we toured the Canal Museum. The museum photos included people at work in the early 20th century, the bridges and ships in transit and prints illustrating the history of the Panama Canal.

The next day we embarked on our Gateway to Adventure at the Shelter Bay Marina in Colon, Panama as we boarded the 32-cabin Mega-Yacht Variety Voyager. The Voyager would take us through the Panama Canal, crossing the Gatun, San Pedro and Miraflores Locks to Punta Patino, Darien, Panama and Coiba Island, Panama before continuing to Puerto Jimenez, Costa Rica, Manuel Antonio National Park in Quepos and Curu and Tortuga before reaching Puntarenas, Costa Rica.

The ship was outfitted with oversized cabins, large windows, a spa and fitness equipment, a glass-enclosed dining room and a sundeck. Day-by-day shore excursions were led by an on-board naturalist who guided us through tropical rain forests, natural parks and wildlife up-close. Beach picnics with swimming and snorkeling and a thrilling zip-line where you soar through the canopy of rainforest treetops were also on our program. There would be Zodiac wet and dry landings – towels and bottled water were given to us as we left the ship.

The Variety Voyager set sail to Punta Patino in Darien, Panama, a nature reserve in the San Miguel Bay, where the ship anchored overnight near the Punta Patino Reserve. After breakfast we stepped into dugout canoes (flat bottom boats) for sightseeing through the Mogue River and then continued upstream to the settlement homes of the Embera Indians. We were welcomed by the sound of local instruments and a group of villagers in colorful traditional costumes. They showed us their homes perched on tops of silts, performed traditional dances and shared traditional food before returning to the ship for our early afternoon sailing to Coiba Island.

Coiba Island is a UNESCO World Heritage Site and the largest island in Central America. Once we arrived on the beach our naturalist led us to a location where we could towel off the sand and mud and put our shoes on. We were now ready to explore and started to walk up the San Juan Hill (1400 feet above sea level). Not only did we see monkeys, eagles, macaws and birds, but we had a spectacular view of the cove where we landed. Returning to the Coiba Beach area we were joined by our hotel manager and the barbeque team for lunch. There was free time for swimming and snorkeling with turtles and other species of fish including sharks and sting-rays. The waves had picked up on our return to the ship and one actually went over the zodiac and drenched us. Late in the afternoon we left Panama and sailed to Golfo Dulce, Costa Rica.

The Voyager arrived the following morning for immigration procedures at Golfo Dulce, Costa Rice before continuing to Casa Orquideas Botanical Gardens, one of the oldest and most interesting botanical gardens. Casa Orquideas has been planted and cultivated by Ron and Trudy McAllister. Arriving at the gardens our naturalist guided us through hundreds of different species of tropical plants such as palms, heliconias, orchids, exotic fruit trees. We discovered an exotic world of ornamental wild and edible plants and were able to smell and taste exotic fruits most of us never heard of before. Afterwards, the ship set sail across the Bay of Puerto Jimenez while having a deck barbeque and arrived in the afternoon at the Osa Peninsula Reserve.

Costa Rica’s Osa Peninsula offered us some of the best birding on the Pacific Coast of Central America. The trail, part of the Corcovado National Park, was mostly flat and shaded. We had a chance to see numerous birds including one of the most beautiful birds in the world – the scarlet macaws. Scarlets are primarily a vivid red with bright yellow and blue edging on their wings. Returning to the ship for dinner, the Voyages continued sailing overnight to Quepos, Costa Rica.

Buses were waiting for us in Quepos after our zodiac transfer. The Manuel Antonio National Park is considered to be one of the most beautiful parks in Costa Rica. Our local guides and naturalists led us through trails abounded with wildlife citing iguanas, sloths, red squirrel, white-faced and howler monkeys. Manuel Antonio had one of the most beautiful beaches in Costa Rica – a half mile long with white sand bordered by deep green mangroves and palms. There was time for shopping, swimming and snorkeling. We returned to the Voyager for lunch and by mid-afternoon we were on our zipline canapy tour of rainforest tops.

Curu Hacienda and National Wildlife Refuge is located on the southern Nicoya Peninsula of northwestern Costa Rica, Central America. Once we arrived on the beach our naturalist led us to a location where we could put our shoes on and get ready to explore. This area was teaming with abundant wildlife, such as white-faced monkeys, howler monkeys, spider monkeys, scarlet macaws, white-tailed deer and hundreds of species of tropical and migratory birds. On the Mistico Arenal Hanging Bridge the sounds of rare bird species can be heard and seen.

In the afternoon the Variety Voyager sailed to Tortuga Island for a barbeque at Tortuga Beach with swimming, snorkeling and time to explore the island before the ship sailed during the night to Puntarenas, Costa Rica, where we said goodbye to this dream vacation.

Previous Post: « In Memory of Elie Wiesel – The Blue Card Non-Profit
Next Post: International Day of Peace NGO Committee at the United Nations