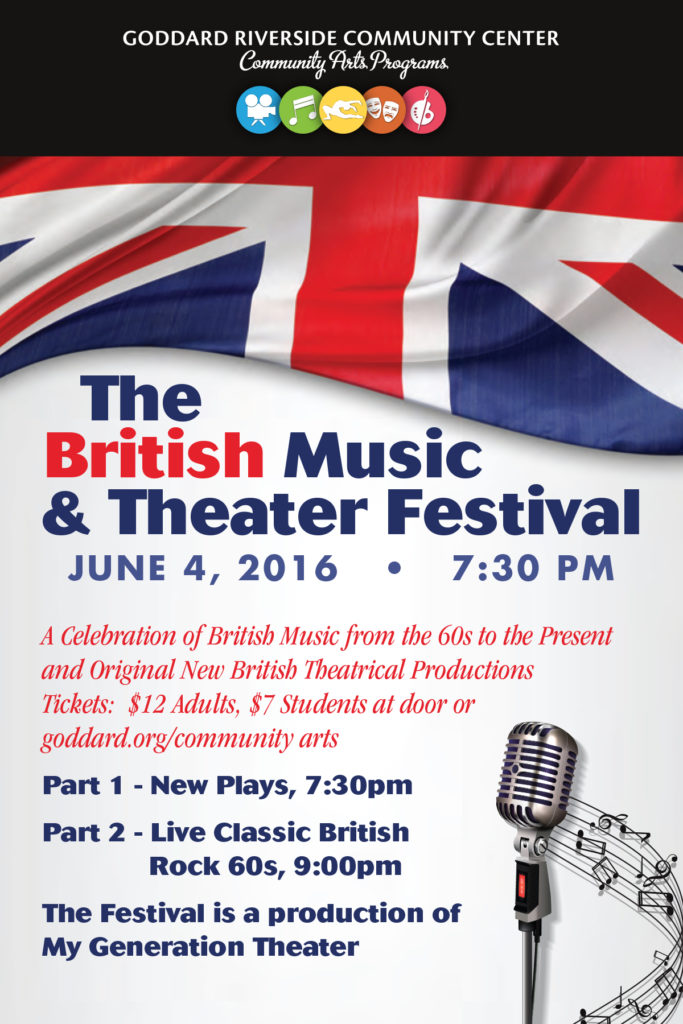 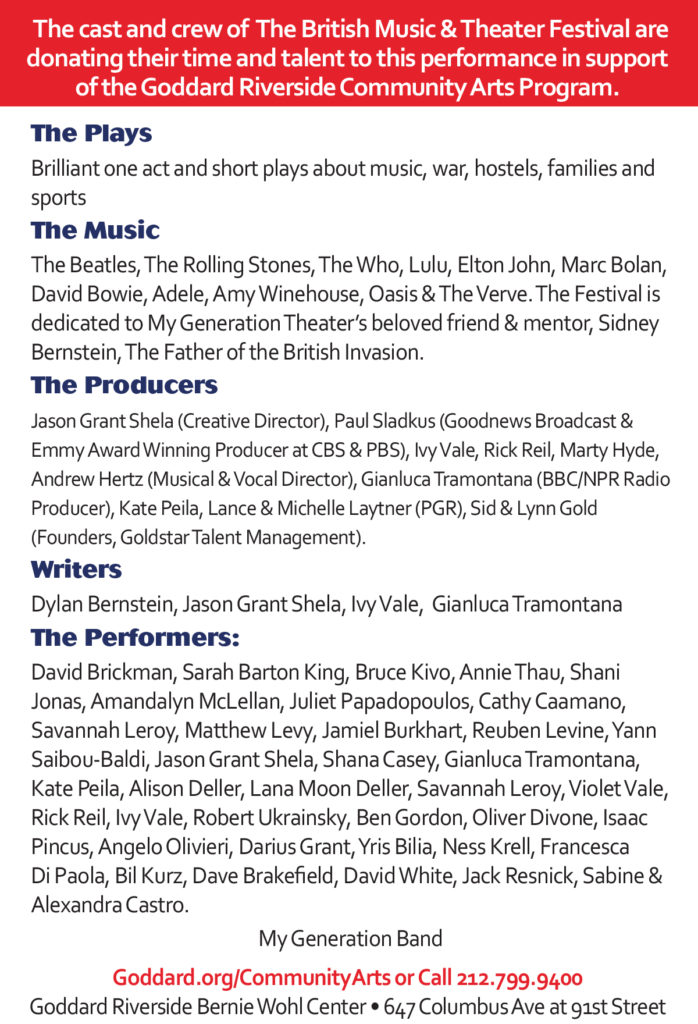 About: The British Music & Theater Festival is a celebration of British Music from the 1960s to the Present and Original New British Theatrical Productions. This is a Benefit Production and All Proceeds will go to The Goddard Riverside Community Youth Arts Program. Tickets are $12 Adults, $7 Kids.

The Festival is a production of Good News Corp & My Generation Theater, a new performing arts and educational company, dedicated to providing Actors, Writers, Musicians & Directors, an inspiring venue to create and perform. If you are interested in joining us please contact us at mygenerationmedia@gmail.com

Duane Reade and Walgreens 2015 Host Pre-Event Party for Red Nose Day USA on May 21 in Herald Square – It was bigger this year 2016 Congratulations All!
Next Post: “Long Zhi Jiang” (“The River of the Dragon”) 5 Part Series in Chinese sub-titled in English to Broadcast on CUNY TV starting June 2, 2016