You are here: Home / Good News To Go / Greetings from FOWPAL

Federation of World Peace and Love

The Federation of World Peace and Love (FOWPAL), established in the United States in 2000 by Dr. Hong, Tao-Tze, has actively spread the idea of love and peace and promoted world peace through various means such as cultural exchanges and solemn ceremonies of ringing the Bell of World Peace and Love. To unite more people sharing the same vision, FOWPAL has held world summits of love and peace and invited leaders from various fields to ring the bell. The consolidated positive energy has inspired more people to work together for world peace for future generations.

FOWPAL members come from 95 countries; presently 373 prominent figures from 112 countries have rung the bell, made their wishes for love and peace, and pledged to work for the world’s sustainable future. Among them are 42 heads of state and government, 7 Nobel Peace Prize Laureates, UN ambassadors and officers, and other visionary leaders.

A World of Love and Peace

Since its inception, FOWPAL has hosted world summits of love and peace in different parts of the world. The meetings, attended by heads of state and government and leaders of NGOs, aim to consolidate the wisdom of visionary leaders and allow them to brainstorm ideas, share experiences of advancing and practicing love and peace, and encourage others sharing the same vision to work in their respective positons for the common goal.

At the beginning of the 21st century, the concrete actions taken and the commitments made by world leaders will bring increased attention to the wish for peace and inspire more people to strive for world peace, which is also a critical issue for humankind.  FOWPAL aims to combine the wisdom and ideas of peace from the people of the world. Under the guidance of Dr. Hong, tens of thousands of volunteers from all walks of life across the globe have dedicated themselves to the great mission. 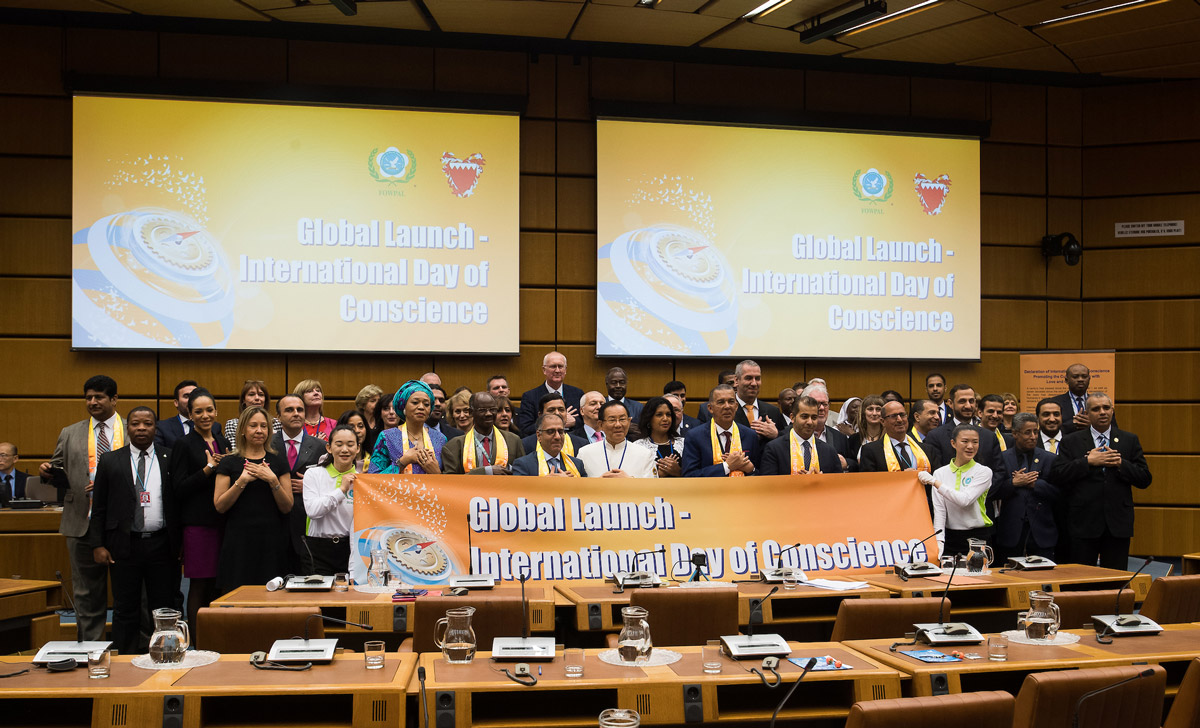 About the Federation of World Peace and Love

I am honored to share with you that the World Leader Summit of Love and Peace held in the UNHQ on Sep 26 and 27 gathered over 200 participants from various fields including government officials and envoys from missions to the UN. The summits have received significant recognition from the participants. For more information about the summits, please visit www.fowpal.org

The Federation of World Peace and Love (FOWPAL), established in California in 2000, is a non-profit and non-governmental organization for public welfare. Over the years, FOWPAL has visited 101 nations, actively promoting a culture of love, peace, and conscience through various means, such as having dialogues with heads of state, religious leaders, and other visionaries, conducting cultural exchanges around the globe, holding World Leader Summits of Love and Peace, hosting ceremonies of ringing the Bell of World Peace and Love, as well as initiating and promoting endorsement campaigns for declarations of peace.

During the 73rd session of the UNGA, the Assembly adopted the resolution “Promoting the Culture of Peace with Love and Conscience” and declared April 5th the International Day of Conscience. We are very grateful to the Kingdom of Bahrain for its tremendous efforts to make the UN’s adoption of the draft resolution possible. We are also appreciative of the support from the President of the 73rd session of the United Nations General Assembly and those countries that sponsored the draft resolution. In addition, we are thankful for the support, encouragement, and congratulatory messages we received from the UN Secretary-General, heads of state, ambassadors of various nations, the Gulf Cooperation Council, and leaders of various fields. To foster a culture of peace with love and conscience, the Assembly invited “all Member States, organizations of the United Nations system and other international and regional organizations, as well as the private sector and civil society, to build such a culture in line with the culture and other appropriate circumstances or customs of their local, national and regional communities, including through quality education and public awareness raising activities, thereby fostering sustainable development.”

The Universal Declaration of Human Rights invoked the importance of ‘conscience’ in Article 1 that “All human beings are born free and equal in dignity and rights. They are endowed with reason and conscience and should act towards one another in a spirit of brotherhood.” 70 years later, it is a great and historic initiative for humanity as the United Nations declared the International Day of Conscience at this critical moment. After FOWPAL co-organized World Leader Summits of Love and Peace with the Permanent Missions of Bahrain and Kiribati in 2018, we continue visiting many nations, promoting a culture of peace with love and conscience in order to achieve the 17 SDGs by 2030. All world citizens should be united with conscience, as we develop comprehensive plans to address our collective economic, political and environmental challenges.

The theme of this year’s UN General Assembly emphasizes “galvanizing multilateral efforts.” If we can inspire the awakening of conscience in global citizens, we can make love, tolerance, acceptance, altruism, and care prevail on Earth. One principle generates millions of solutions; conscience motivates all possible actions to enhance friendships, family bonds, and international relationships, which facilitates a united world, where all people work together for the common good. Our Mother Earth is facing an unprecedented crisis. Wildfires, mass shootings, regional conflicts, or trade wars can inflict massive impacts on each person in this global village. The crisis could even endanger the survival of all living creatures, with no one able to escape its impact. One is all. One crisis could bring about a global catastrophe; however, yin and yang complement each other. One kind heart could also lead all people toward brightness and hope. Therefore, each one of us plays a very important role, and only conscience-driven decisions can shape a future of happiness for billions of people on Earth.

At the summits in September, we gave the participants an illustration book describing the process of promoting the resolution and the International Day of Conscience (see http://www.fowpal.org/ebook/201910/201910B.html) as well as a picture book ‘Be the Spark’ (see https://drive.google.com/file/d/1kBqf4oESCHjA14p2bHnqbgauXs7SRHbA/view?usp=drivesdk) created by our young members, showing the younger generation’s passion for changing the world with conscience. We would give these materials to some city councils, schools, etc which also support this resolution. So far, numerous nations have shown willingness to celebrate the first International Day of Conscience on April 5, 2020, and we are encouraged to see the enthusiasm as the plans for the festivities take shape.

FOWPAL will continue promoting the culture of peace with the UN for world peace, harmony, and sustainable future. Please share your thoughts and actions with your friends and participate in the events that celebrate the first International Day of Conscience in many places around the world. Opportunities are created, not awaited. The prosperity of humanity calls for the awakening of conscience and positive actions. We must seize every moment in life to create profound and positive impacts. Let us work together to create peace and harmony for ourselves and the world.

Conscience is a wellspring that enables us to bring happiness to humanity. The International Day of Conscience is not only a UN day, but also a Day of Conscience for everyone. Through the influence of the United Nations and global solidarity, it will lead to collective awakening of conscience in global citizens. We sincerely hope that all the people of the world will observe the day and realize a culture of peace with love and conscience to ensure global sustainability and enhance the well-being of future generations. By doing so, we will create blessings for ourselves and the world, benefitting ourselves immensely. We believe that with conscience, the world will be peaceful and with happiness, every family will be joyful.

Everyone is a leader of conscience as well as a hero of conscience. When everyone follows the guidance of his/her conscience, the positive influence can expand from the individual, to the family, to a country and beyond. Thus, a sustainable world can be realized. We look forward to hearing from you soon and working together to promote the International Day of Conscience.

May you, your organization, and your family good health and happiness!

President of the Federation of World Peace and Love

In 2020 we will take our event to 193 countries and other locations to create the largest world gathering & broadcast to share Peace, … END_OF_DOCUMENT_TOKEN_TO_BE_REPLACED