Haitian Orphans in PA Hoping for a Good Home

You are here: Home / All We Need Is Love / Good Samaritans / Haitian Orphans in PA Hoping for a Good Home 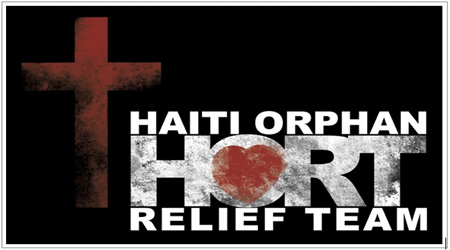 PORT-AU-PRINCE, Haiti – January 18, 2010 — More than 50 Haitian orphans rescued from post-earthquake squalor landed Tuesday morning at Pittsburgh International Airport, on their way to foster homes and eventually adoptive families after supporters of their plight used Twitter and Facebook to spread the word.

The children, some wrapped in blankets and carried off the plane and others walking by themselves and waving to onlookers, were loaded onto waiting buses and taken to UPMC Children’s Hospital of Pittsburgh.

The 53 children, most of whom already have adoptive families waiting for them, are among the first in a wave of orphans expected to be evacuated from the shattered Caribbean nation to the U.S. and other countries.

The Air Force flight’s landing shortly before 9:30 a.m. capped days of preparations and maneuvering by American caretakers, lawmakers and government officials. The orphans were cared for by two Pittsburgh-area sisters whose family and friends used social networking to let the world know they were in dire need of food, water, diapers – and a plane to ferry them out of Port-au-Prince after last week’s earthquake.

The children were accompanied to Pittsburgh by Alison McMutrie, one of the sisters. Her older sister, Jamie McMutrie, stayed behind in Haiti when it became clear that a 2-year-old girl was still missing. The toddler was later found at the U.S. Embassy and Jamie and the girl are expected to arrive in Pittsburgh later Tuesday.

“I’m Ali to them, but when they’re there, my sister and I are their moms. We have a family. We don’t have a group of kids who just get fed … we have a family who all love each other and care about each other. And to be asked to leave without a single one of them was just not an option,” Alison McMutrie said at a news conference at the airport after their arrival.

The children, from 11 months to 12 years old, were being examined by pediatricians at Children’s, hospital spokesman Marc Lukasiak said. Alison McMutrie said that none of the children were hurt in the earthquake, but that some got fevers or became dehydrated in the days following.

“The kids were in amazingly great shape,” said Tom Kreier, deputy director of Catholic Charities, who accompanied the children to the hospital. There, after receiving initial medical treatment, the children were taken to a “comfort center” with food, drink and toys. They will stay there for a day or two until they are placed with foster families.

About 100 other children from their orphanage are being cared for by Dutch and French agencies.

Gov. Ed Rendell, a crew of medical personnel and several congressmen flew in the plane filled with 2 1/2 tons of medical equipment to Haiti on Monday. The plane had been cleared to stay in Haiti for only about an hour and left before all the children could be cleared.

The group left later on a C-17 military transport plane, which took them to Orlando, Fla. From there, they left for Pittsburgh on a charter jet.

Rendell and U.S. Rep. Jason Altmire, D-Pa., said Haiti’s ambassador to the United States, Raymond Joseph, as well as the U.S. Department of State, the Department of Homeland Security and even the White House, all helped get the children the waivers they needed to leave the Caribbean nation.

Rendell and Altmire said getting the children out of Haiti was challenging in part because adoptions weren’t in place for all of them and because records some of them were destroyed in the quake.

“In an earthquake zone where literally hundreds of thousands of people, it looks like, have lost their lives, millions are disrupted and lost their homes, the chaotic environment that’s there, you can’t just come in, swoop these kids up and fly out,” Altmire said.