How to Survive by Dr. Jim Taylor

You are here: Home / All We Need Is Love / Relationships and Self / How to Survive by Dr. Jim Taylor

Listen to “How to Survive by Dr. Jim Taylor” on Spreaker. 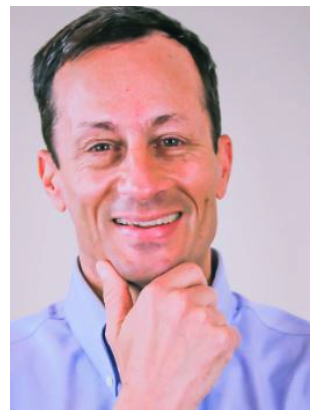 Jim Taylor, Ph.D., Psychology is an internationally recognized authority on the psychology of performance, parenting, technology, and popular culture.

Dr. Taylor has been a consultant for the United States and Japanese Ski Teams, the United States Tennis Association, and USA Triathlon, and has worked with professional and world-class athletes in tennis, skiing, cycling, triathlon, track and field, swimming, football, golf, baseball, fencing, and many other sports. He has been invited to lecture by the Olympic Committees of Spain, France, Poland, and the U.S., and has consulted with the Athletic Departments at Stanford University and the University of California, Berkeley.

Dr. Taylor speaks regularly to elementary and secondary schools, parent and education associations, and youth-sports programs around the country. He has worked with the Miami City Ballet, the Hartford Ballet Company, and the DanceAspen Summer School, and performing artists in many disciplines.

Dr. Taylor has also worked extensively in the corporate world providing individual and group training to executives and businesses throughout the North and South America, Europe, the Middle East, and Asia. He is a frequent speaker at Young Presidents’ Organization events internationally and a featured speaker for Natixis Global Associates, the 14th largest asset management company in the world.

Dr. Taylor blogs on sports, parenting, education, technology, and popular culture on this web site, as well as on huffingtonpost.com, and psychologytoday.com. His posts are aggregated by dozens of web sites worldwide and have been read by millions of people. Dr. Taylor also hosts three podcasts, From Crisis to Opportunity, Raising Young Athletes, and Train Your Mind for Athletic Success.

Dr. Taylor has appeared on NBC’s Today Show, Fox News Channel’s Fox & Friends, ABC’s World News This Weekend, UPN’s Life & Style, and the major television network affiliates around the U.S.. He has participated in many radio shows. Jim has been a columnist for The Denver Post, and has been interviewed for articles that have appeared in The New York Times, The Los Angeles Times, The London Times, The Chicago Tribune, U.S. News & World Report, The Christian Science Monitor, The London Telegraph, The Miami Herald, The Ft. Lauderdale Sun-Sentinel, The Baltimore Sun, The Denver Post, Skiing, Outside, and many other newspapers and magazines. His a columnist for Saturday Evening Post and Triathlete.