International Day of Conscience from Paul Sladkus on Vimeo. 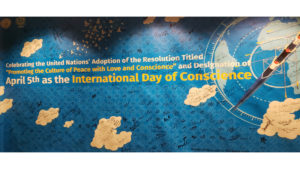 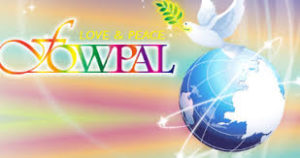 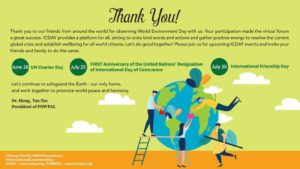 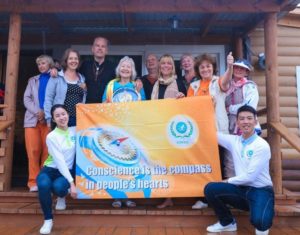 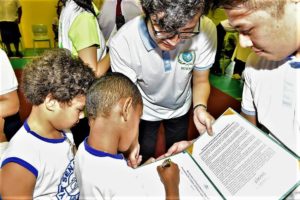 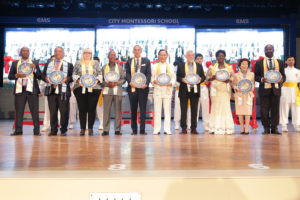 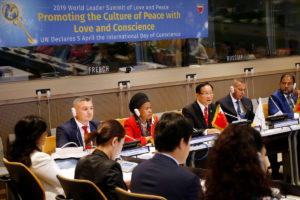 Founder Dr. Hong, Tao-Tze, Founder of FOWPAL, Federation of World Peace on March 5, 2020 at the Second World Sustainable Development Forum, Durango, Mexico stated, “The outbreaks and rapid spread of infectious diseases also pose great challenges. To stay healthy, humans must learn to live a balanced life, coexist harmoniously with nature, and cooperate with one another.”

At a World Leader Summit of Love and Peace, co-organized by the FOWPAL and the Permanent Mission of the Kingdom of Bahrain to the United Nations, on September 27, 2019 at the UN headquarters. H.E. Shaikh Hussam bin Essa Al Khalifa, President of H.R.H. Prince Khalifa bin Salman Al Khalifa Sustainable Development Award Committee, shared a message of H.R.H. Prince Sheikh Khalifa bin Salman Al Khalifa, the Prime Minister of Bahrain, regarding the UN’s adoption of Bahrain’s resolution designating April 5 as the International Day of Conscience.

“This day will be, from now on, a new, constructive, regular and consistent way to mobilize the international community’s efforts to promote peace for security of peoples and communities and achieve sustainable development goals.”

FOWPAL had created a major “LIVE EVENT” to be held in Times Square, New York City on April 5th, but on Monday March 9th decided to postpone this great event that was months in the making. Dr. Hong states, “It is in our conscience to have responsibility and mission to make actions and decisions that are based on Love and Peace. Postponing our major event meets our mission to care for the safety of all.”
Along with headline entertainment at the Times Square event, FOWPAL had planned to ring their Bell of World Peace and Love, which has been rung by 390 visionary leaders from 121 nations inc. 43 heads of state and government & 7 Nobel Peace Prize laureates.

Please go to www.icday.org for the latest announcements on what FOWPAL will be doing for April 5th worldwide, as it will be special. We will broadcast a one-hour online program on April 5 at 12 Midnight via www.Icday.org website (Icday.org) and social media (FB, IG, Twitter, YouTube #InternationalConscienceDay) and www.goodnewsplanet.TV.

Dr. Hong, Tao-Tze, president of the Federation of World Peace and Love, is joined by a panel of visionary leaders as he delivers remarks celebrating the United Nations’ adoption of a resolution designating April 5th as the “International Day of Conscience” during the World Leader Summit of Love and Peace, at U.N. headquarters, Thursday, Sept. 26, 2019. (Jason DeCrow/AP Images for Federation of World Peace and Love)

The Times Square Concert has been postponed due to the virus
however
a GREAT CONSCIENCE SHOW is being produced to broadcast on
April 5, 2020 details forthcoming.

WE NEED TO HAVE A GOOD CONSCIENCE OF PEACE AND LOVE, TO BRING HEALING TO OUR WORLD. FOWPAL has been helping spread that mission for years, Good News applauds you:)

The UN International Day of Conscience is April 5, 2020. The event is being produced by FOWPAL (Federation of World Peace and Love), a great institution and friend for many years. Reverend Paul Sladkus, Founder of GNC will Executive Produce an up-coming important United Nations approved day. “It is the Conscience of Man/Woman that creates love or hate and the actions that go along with it”, states Paul. An inaugural event was going to be live on April 5, 2020 in Times Square, however in due respect of the Coronavirus Concerns FOWPAL has decided to postpone the live event and considering a different program. For additional information go to: www.icday.org and our www.peacedayparty.org websites.
also https://www.un.org/en/observances/conscience-day
Here is some background:

About FOWPAL Federation of World Peace and Love

In 1999, the world saw three massive earthquakes. In observation of the incredible balancing acts of nature, Dr. Hong, Tao-Tze, hosted an event to pray for blessings for all in September 1999 and pointed out the importance of sincere kindness and expressed his hope that the spirit of love and peace would spread around the world in a declaration titled “Love of the World, A Wish for Peace.” In 2000, Dr. Hong established FOWPAL in California, USA. FOWPAL has been dedicated to promoting love, peace, and sustainable development. To date, 390 visionary leaders from 121 nations have rung the FOWPAL’s Bell of World Peace and Love and made their wishes for peace, including 43 heads of state and government and 7 Nobel Peace Prize laureates. FOWPAL aims to consolidate the wisdom and ideas of peace from global citizens to promote world peace.

About the International Day of Conscience

On July 25, 2019, during its 73rd session, the United Nations General Assembly adopted a resolution submitted by the Kingdom of Bahrain titled, “Promoting the Culture of Peace with Love and Conscience,” declaring April 5th the International Day of Conscience. After the United Nations’ declaration on July 25, 2019, each month FOWPAL is engaged in various events to promote the day, including the 68th UN Civil Society Conference in Salt Lake City, Utah, USA and events in Russia in August; celebrations in Los Angeles and San Francisco, the 17th World Summit of Nobel Peace Laureates in Mexico, and conferences at the UNHQ in New York during the 74th UN General Assembly in September; summits in Vienna and a peace trip to Turkey in October; the 20th International Conference of Chief Justices of the World in India in November; and the Grand Launch of the Alternative Development Organization Initiatives in Oslo, Norway in December.

With Peace, Love, Hope and Justice 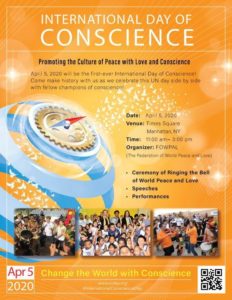 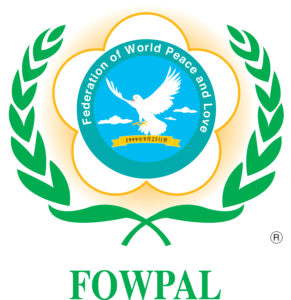 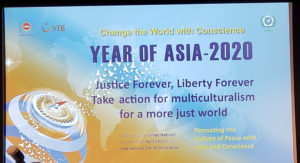 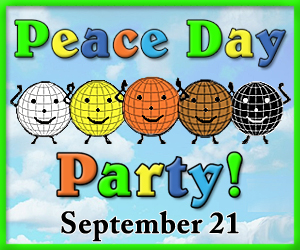 Reverend Paul Sladkus (All Faiths & Spiritual) and our Peace Team

Giorgia Fumanti was born in the medieval village of Fivizzano in Tuscany, she shares her thought on the International Day of Conscience and performs
Next Post: Breaking News from CNN :-