You are here: Home / All We Need Is Love / Overcoming Obstacles / Joint Declaration, communities together 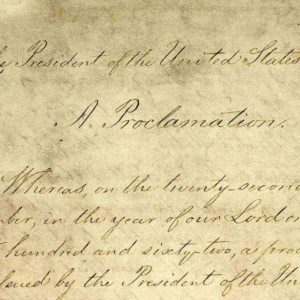 Joint Declaration – As representatives of the Asian, Black and Hispanic communities, we stand together

As representatives of the Asian, Black and Hispanic communities, we stand together against all acts of racism and violence and stand against those who would divide us and sow mistrust and fear.

We mourn the deaths of George Floyd, Breonna Taylor and Ahmaud Arbery, and call for swift and sure justice to prevail.

We embrace the fact that the United States is a multiracial, multiethnic nation, and affirm our commitment and responsibility to advance the many elements that unite us: a belief in the value of diversity, the contributions of immigrants and the power of multi-cultural collaborations.

We believe that taking action is as important as expressions of support, and will soon be announcing a groundbreaking effort to provide long-term support for Black, Latinx and Asian small businesses impacted by Covid-19. We are also preparing a webinar that will bring together journalists from our communities to have an open discussion about how race relations are being reported, and how the media can influence a change in perspectives. These efforts are just a beginning.

Today, we reaffirm our solidarity with diverse leaders and institutions all across our nation and pledge to fight to turn the tide against racism everywhere.

“Prudential’s partnership with The Positive Community is steeped in our alignment around financial literacy and creating pathways to financial wellness for all,” says Shané Harris, Vice President of Corporate Giving and President of the Prudential Foundation. “We are particularly honored to be a part of TPC’s Great American Emancipation Day Awards Banquet to celebrate and highlight the progress of the black community. We congratulate The Positive Community for two decades and service to the black community, and we salute the awardees for their dedication and service to this continued progress, particularly in our hometown of Newark.”
“January 1 is a date of deep meaning to African Americans,” says Adrian A. Council, co-founder and publisher of The Positive Community. “It is our day of liberation, the start of our freedom journey. Without this day there would be no Dr. Martin Luther King, Jr., no Motown, no Juneteenth, no Godfather of Soul no Queen of Soul.”

The vision of TPC co-founders Council and Editor-in- Chief Jean Nash Wells was to create a balanced medium that accurately reflects the community building efforts of churches, small businesses, corporations, and concerned individuals.

“TPC was founded to keep our churches and communities informed,” says Wells. “Above all else, we value the progress of our children, and the integrity of African American culture, values, and traditions.”

Today, their vision is alive and well with TPC growing in circulation and influence and participating in and co-sponsoring church and community events that focus on health and financial literacy.

In 2012, TPC created and introduced The Cultural Narrative. Written to commemorate the 150th anniversary of the Great Emancipation, the document is an account of America’s freedom journey condensed into 281 words. On New Year’s Eve 2012, hundreds of churches participated in TPC’s Great Watch Night Initiative which involved singing the Negro National Anthem; having a young person read The Cultural Narrative before the congregation; and concluding with everyone exiting the sanctuary singing the Negro hymn We’ve Come This Far By Faith. What started as an initiative is now an established tradition among many churches and clergy groups.

As TPC observes its 20th year, the publication remains faithful to accurately reflecting the very best of the communities it serves. Like the pages of TPC, the Great American Emancipation Day Awards Banquet commemorates the best of black life and culture from fashion, music, and the arts to economic development and intellectual and cultural achievements. Enhancing the celebration will be a special New Year’s Day cuisine prepared by Rev. Kevin Smallwood, owner of Two Fish and Five Loaves.

Launched in 2000 by Adrian Council, Publisher and Jean Nash Wells, Co-Publisher and Editor-in-Chief, The Positive Community (TPC) is the only faith-based lifestyle magazine targeted to the African American consumer in the New York/New Jersey market. For nearly two decades, the magazine has delivered on its tagline, focusing on Good News from the Church and the Community.