You are here: Home / All We Need Is Love / Overcoming Obstacles / JUNE IS WORLD REFUGEE MONTH 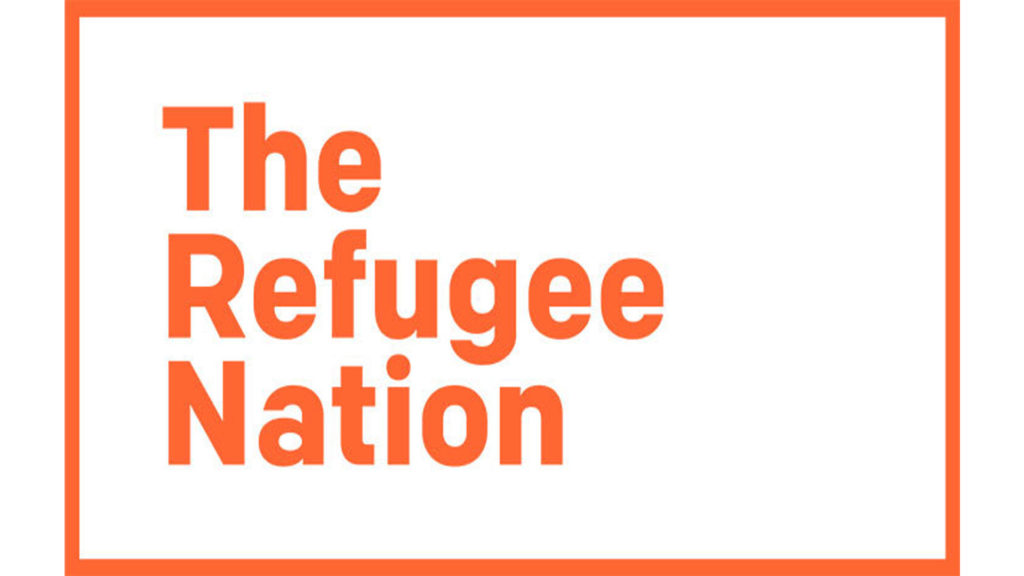 There has been ongoing debate over the issue of immigration and refugees for many months here in the U.S. and around the world.

And in June, there is a day dedicated to refugees — to raise awareness to their needs and plight, realizing the horrors they have endured in leaving their homeland to find a safe place to live. It’s a time to try to work together to ensure every refugee child gets an education, every family has a safe place to call home and every refugee can work or learn new skills to make a positive contribution to their community.

And now, thousands of refugees are also united by one flag. An orange and black flag inspired by the life vests most all had to wear in their search for a safer land to live. It’s been designed and made by a Syrian refugee and artist who currently lives in Amsterdam.

The idea for the flag began by a group known as the The Refugee Nation, after the first ever Olympic team made up of refugees competed in the 2016 Summer Olympics in Rio. While the flag has not yet been sanctioned by the International Olympic Committee, The Refugee Nation wants to give those from foreign nations a symbol of unity and identity that they can call their own.

Right now, refugees are asking for the public’s support in their efforts to resettle. Everyone can help by buying and displaying this special flag and help the refugees adjust to their new surroundings in the U.S.

Our guest — Meron Semedar is an advocate of human rights, refugees and immigrants (and a refugee himself). He will address the current situation of refugees, discuss how and why this unique and special flag was created, and explain how we all can help.