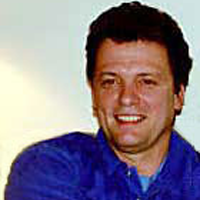 David Katzmire returns on an invitation by Good New Broadcast to appear on the program to discuss KalaRhythms and to announce his upcoming talk at the Meta Center in New York on July 18, 2007.

David also appeared as a guest on Good News Broadcast on June 7, 2007, to discuss “The Tides of Water Conservation” and how the Cycles of Time influence our use and protection of the world’s water resources. This time David will discuss how the Cycles of Time influence every aspect of American life and how that plays in the global Cycles of Change. What is in store for us next in the Rhythmic changes around us? Tune in and found out and learn more about his forthcoming live appearance.