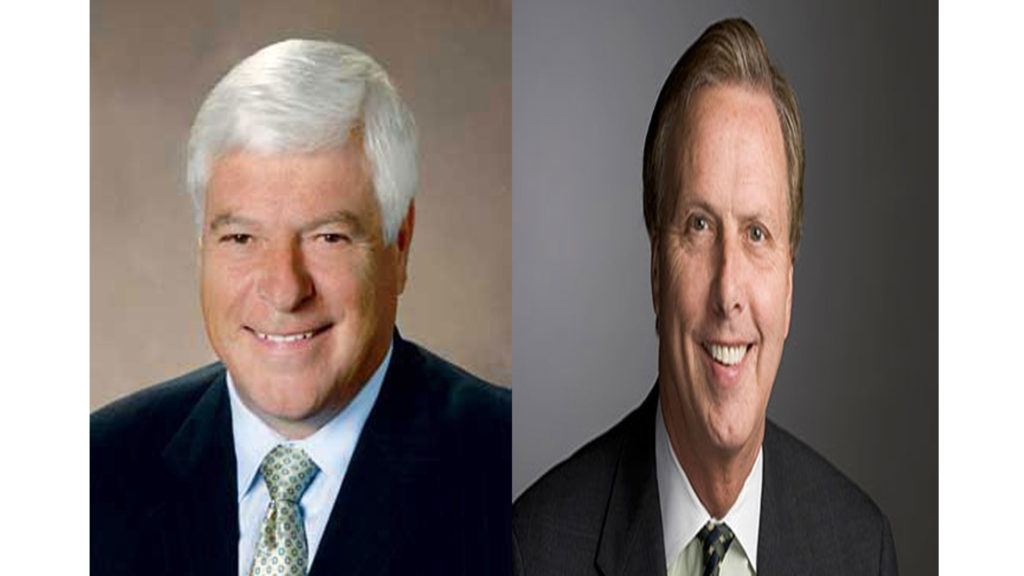 It is with mixed emotions that the Board of Trustees acknowledges President John Lahey’s recent announcement that he will retire in June 2018. We want to thank him for his extraordinary service to Quinnipiac during these past 30 years. We would like to highlight a few of his many accomplishments.

The university has grown from 1,902 students when John arrived in 1987 to approximately 10,000 today. Then Quinnipiac College, today it is a major university with a college of arts and sciences and eight professional schools: business, communications, education, engineering, health sciences, law, medicine and nursing. The Frank H. Netter MD School of Medicine graduates its inaugural class next month. His leadership has resulted in a rise in academic excellence, national prominence and highly evolved student engagement initiatives.

John also has overseen the growth of the physical plant from one to three campuses in two towns: the Mount Carmel Campus, the York Hill Campus, and our newest campus in North Haven that houses most of the graduate programs.

A special point of pride is the Polling Institute, which over the years has grown from a small, local operation polling in Connecticut to an internationally recognized poll that today conducts polls in 11 states, New York City and nationally. There are many other institutes that have been created during John’s tenure, including the Albert Schweitzer Institute and three in the School of Medicine in primary care, rehabilitation medicine and global public health. A newly formed Ireland’s Great Hunger Institute joins Ireland’s Great Hunger Museum, opened in 2012.

And finally, the university’s athletic programs took a major leap when, under John’s leadership, they moved from Division II to Division I athletics, building a new sports center on York Hill, and elevating basketball and ice hockey to the national stage.

President Lahey has the Board’s full support during this next year. As trustees, our responsibility now is to ensure that we seek the most highly qualified, talented and experienced individual to lead the University in the coming years. We are deeply committed to doing so and, to that end, have engaged the services of Spencer Stuart, a global executive search firm based in Chicago. The firm is uniquely qualified to assist us, having conducted more than 300 senior-level executive and board searches over the past five years.

Representatives from the firm’s Stamford, Connecticut office will be on campus in May to meet with faculty, staff and students and thus help the trustees learn what qualities and experience the Quinnipiac community wishes to see in its next president.

Again, I extend my deepest appreciation to John and his wife, Judy, for their exceptional service to Quinnipiac University and wish them much happiness in the years ahead.

In 2020 we will take our event to 193 countries and other locations to create the largest world gathering & broadcast to share Peace, … END_OF_DOCUMENT_TOKEN_TO_BE_REPLACED