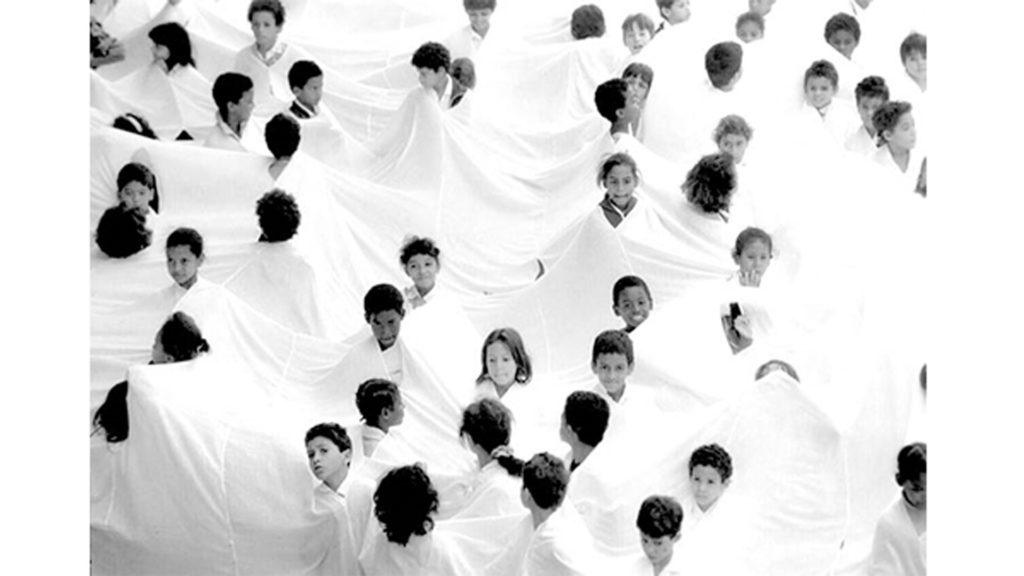 Exhibition Overview
Lygia Pape: A Multitude of Forms is the first monographic exhibition in the United States devoted to Brazilian artist Lygia Pape (1927–2004). A critical figure in the development of Brazilian modern art, Pape combined geometric abstraction with notions of body, time, and space in unique ways that radically transformed the nature of the art object in the late 1950s and early 1960s. Covering a prolific, unclassifiable career that spanned five decades, this exhibition examines Pape’s extraordinarily rich oeuvre as manifest across varied media—from sculpture, prints, and painting to installation, photography, performance, and film.

The first major retrospective exhibition in the United States devoted to Brazilian artist Lygia Pape (1927–2004) will open at The Met Breuer on Tuesday, March 21. A critical figure in the development of Brazilian modern art, Pape combined geometric abstraction with notions of body, time, and space in unique ways aiming to integrate the art object with life experience. Covering a prolific, unclassifiable career that spanned five decades, the exhibition will examine Pape’s extraordinarily rich oeuvre as manifest across varied media, from sculpture, prints, and painting to installation, performance, and film.

Alongside Lygia Clark and Hélio Oiticica, Lygia Pape is one of the most prominent artists of her generation and was a leading protagonist at a crucial moment for the history of art in Brazil. During a period of intense industrialization following World War II, concrete and constructivist European trends entered the country where figuration had been the dominant vocabulary. Pape was part of the Concrete movement (Grupo Frente) in Rio de Janeiro, reworking the legacies of geometric abstraction. It then evolved in 1959 into the Neoconcrete group, aimed at giving priority to experimentation and process over any normative principle. She was among the first to consider integrating the space of the artwork with the space of the viewer with works that demand participation or interaction, marking a breakthrough moment in 20th-century art.

The exhibition is made possible by The Daniel and Estrellita Brodsky Foundation and The Garcia Family Foundation.
It is organized by The Metropolitan Museum of Art in collaboration with Projeto Lygia Pape.

The exhibition will present a selection of paintings, drawings, and reliefs from the 1950s, including a select series of her woodcuts Tecelares; a section devoted to her series of experimental books, including Livro da criação (Book of Creation) (1959–60) and Livro do tempo (Book of Time) (1961–63)—epitomes of Neoconcretism; and Pape’s performance and participatory works, such as her memorable living sculpture Divisor (Divider) (1968) and Roda dos prazeres (Wheel of Pleasures) (1968).

Popular culture and vernacular architecture were important references in Pape’s work during the repressive years of dictatorship that followed Brazil’s period of modernization. The exhibition will bring together her photographic series of urban life in Rio de Janeiro such as Espaços imantados (Magnetized Spaces) (c. 1982 and 1995) and Favela da Maré (1974–76). It will also present selections of her experimental films and her collaborations with the influential filmmakers of Cinema Novo. Finally, her later series of sculptural works and installations including Amazoninos (1989–1992), Banquete tupinambá (Tupinamba Banquet) (2000), and Ttéia (1976–2004) will attest to her cross-disciplinary approach and unbound experimentation.

Lygia Pape: A Multitude of Forms is organized by Iria Candela, Estrellita B. Brodsky Curator of Latin American Art in the Department of Modern and Contemporary Art at The Met.

The exhibition is accompanied by a fully illustrated catalogue authored by Iria Candela and published by The Met. Featuring critical essays by leading scholars, interviews, and a detailed chronology, as well as illustrations of the works in the exhibition, it is certain to become an essential scholarly volume on the artist.

Presented in conjunction with the exhibition will be the performance Divisor on Saturday, March 25, 2017, at 11:00 am. The public is invited to join a reenactment of Lygia Pape’s Divisor (1968) in a procession from The Met Fifth Avenue to The Met Breuer. This staging of the seminal work, will revisit Pape’s embrace of experimentation, process, contingency, experience, and desire to break down the space between the art and the viewer. This event is free. Details available here.