You are here: Home / Living & Learning / Education / New Landmark Survey Reveals Nearly Half of Women 18-49 Report having at Least One Accidental or Unintended Pregnancy 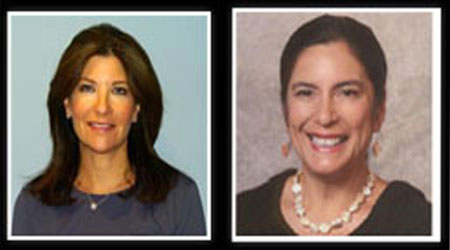 NEW LANDMARK SURVEY REVEALS NEARLY HALF OF WOMEN 18-49 REPORT HAVING AT LEAST ONE ACCIDENTAL OR UNINTENDED PREGNANCY
Survey Findings Lay Groundwork for Campaign to Educate Women about Reproductive Health Planning and Inspire Dialogue with their Healthcare Provider
AVAILABLE FOR INTERVIEW:
•       Rebecca Brightman MD, FACOG, Clinical Instructor of Obstetrics, Gynecology and Reproductive Science at Mount Sinai School of Medicine, New York, N.Y.
•       Linda Dominguez, RN-C, NP, Chair of board of directors, Association of Reproductive Health Professionals; Past Assistant Medical Director, Planned Parenthood of New Mexico
_____________________________________________________
BACKGROUND:
The high rate of unplanned and mistimed pregnancy in the U.S. among adult women is staggering, and has not changed in nearly 20 years. In fact, nearly half of the 3.1 million unintended pregnancies in the U.S. each year occur in women who report taking contraception during the month they conceived.
Data from a new survey, Contraception in America: A National Landmark Survey of Women of Reproductive Age and Physicians Treating Women, show:
•    The vast majority of sexually active women not trying to get pregnant perceive themselves at low or no risk of pregnancy; nearly 40 percent of these women report not using any form of birth control
•    One in 10 women currently using contraception report having a birth control failure (e.g., condom breaking, missing a birth control pill) in the past year; the rate was highest among 18-24 year olds
•    Nearly half of all women who have experienced an accidental or unintended pregnancy report at least one of the pregnancies was caused by a birth control failure
In response to the survey findings and the high and unchanging national unintended pregnancy rates, a new program called the What Will You Do? Campaign launched to improve education among women about reproductive health planning and encourage women to have an open dialogue with their healthcare provider about effective contraception options. The campaign, which is brought to you by Teva Women’s Health, Inc., offers women educational tools such as a Birth Control Guidebook and an interactive Web site.
For More Information, please visit: www.whatwillyoudocampaign.com
SUGGESTED INTERVIEW QUESTIONS
•    What can be done to reduce the rate of unplanned pregnancy in the U.S.?
•    What were the most surprising results from the survey?
•    What questions should women ask their physicians regarding contraception?
•    Tell us more about the What Will You Do? Campaign.
•    Where can our viewers find more information?

More About Rebecca Brightman, MD, FACOG: Dr. Brightman is currently a clinical instructor of Obstetrics, Gynecology and Reproductive Science at the Mount Sinai School of Medicine and a voluntary attending at Mount Sinai Hospital in NYC.  She serves on the advisory board of Woman’s Day and has discussed women’s health issues on such television shows as the Today Show, CBS Evening News and ABC World News Tonight.
More About Linda Dominguez, RN-C, NP: Linda Dominguez is a nurse practitioner in the private gynecology practice at Southwest Women’s Health in Albuquerque, N.M. She also serves as chair of the board of directors for the Association of Reproductive Health Professionals. She previously worked with Planned Parenthood of New Mexico for more than 19 years. Ms. Dominguez has also served as a consultant on various panels convened by the U.S. Centers for Disease Control, World Health Organization and the American Society of Colposcopy and Cervical Pathology regarding treatment criteria and guidelines for contraceptive use.
More About the Survey: Contraception in America is the most current and comprehensive landmark survey of American women’s attitudes toward and experience with contraception.  The survey describes the current state of contraception use and preferences from the perspective of women 18-49 years of age in the United States, as well as their physicians.  The Contraception in America findings are based upon a national probability sample of 1,000 women aged 18 to 49 and a comparison sample of 201 healthcare providers, 101 in primary care (family practice) and 100 in obstetrics/gynecology.  The survey of women is particularly notable because it is based on a dual frame sample of landlines and cell phones. A total of 800 women were interviewed between December 12, 2011 and January 7, 2012 from a random digit dialing (RDD) sample of landline telephone numbers and 200 women without landlines (cell phone only) were interviewed from an RDD sample of cell phone numbers. The dual frame sample provides coverage for approximately 98% of households in the United States.  The maximum expected sampling error for a simple random sample of 1000 (e.g., women of reproductive age) is ±3.1 percentage points at the 95% confidence level. The maximum expected sampling error for a simple random sample of 100 (e.g., OB/GYNs) is ±9.8 percentage points at the 95% confidence level.  The survey was conducted by Strategic Pharma Solutions, LLC with the national public opinion research organization Abt SRBI Inc. and sponsored by Teva Women’s Health, Inc.

Previous Post: « EASY & FUN D.I.Y. PROJECTS FOR YOU & YOUR LITTLE ONES!
Next Post: The 2012 edition of the Gotham Film Festival »