You are here: Home / Good News To Go / NEW SPORTS COUNCIL TO LAUNCH ALLIANCE IN SUPPORT OF MENTAL HEALTH & TBI AT MHA-NYC GALA 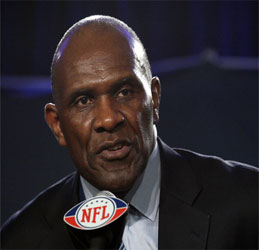 The Mental Health Association of New York City (MHA-NYC) will launch the National TBI and Emotional Wellness Alliance at Event.

The Mental Health Association of New York City (MHA-NYC) is a nonprofit organization providing life-saving hotlines, programs and services to both New Yorkers and those across the nation. As a local organization with national impact, our three-part mission of service, advocacy and education influences all we do. Throughout every life stage—from helping children achieve optimal social and emotional development to advocacy for older adults—we are making a difference in the lives of people in need.

Harry Carson’s 13-year stint with the New York Football Giants is one of the longest tenures in club history. The indestructible former linebacker served as Team Captain for 10 of his 13 seasons including the 1986 season when the Giants defeated the Denver Broncos 39-20 in Super Bowl XXI. Rated the #1 “Inside Linebacker” in NFL history according to Pro Football Weekly, Carson was named to the All-Rookie Team after his first NFL season. Subsequently, during his NFL career, he was named to the All-NFL Team 7 times, the All-NFC Team 8 times, and NFC Linebacker of the Year twice. He once made an amazing 25 tackles in a Monday Night Football Game against the Green Bay Packers. With performances like that he was selected by his peers to play in the NFC-AFC Pro Bowl 9 times. He is among the top 250 players to ever play professional football with his induction as the 231st member of the Pro Football Hall of Fame. Carson is the author of 2 books. Point of Attack was published in 1985 by McGraw-Hill, his second more comprehensive book reflecting on his career and life after football Captain for Life was published by St. Martin’s Press in August 2011.

Sylvia Mackey married her husband, Baltimore Colts Hall of Fame tight end John Mackey in 1963. After nine seasons in Baltimore, John played his final season in San Diego with the Chargers. While in retirement, he started to show noticeable signs of cognitive decline. In December 2001, at age 60, John was diagnosed with Frontal Temporal Dementia. Sylvia wrote a letter to then-NFL commissioner Paul Tagliabue, pleading for a financial assistance for former players like her husband. Her plea turned into the “88 Plan”, named after John’s Baltimore Colts jersey number, which provides financial support to families of NFL players affected by dementia. John Mackey passed away in July 2011. Sylvia, determined to use his memory to affect positive change, has become a leader, raising awareness of dementia and the mental health challenges affecting former athletes. She is dedicated to making a difference in public awareness both nationally and in the Baltimore community. Her willingness to share her story has given a voice to those impacted by younger onset dementia and helped to improve how concussions are treated in both recreational and professional sports throughout the country.

Sarah Rainey is a student-athlete who plays soccer on the nationally-ranked VSA Heat out of Haymarket, VA. Sarah sustained a concussion playing soccer for her high school in 2010. As a result of her injury, Sarah was cognitively and physically impaired for over four months. Sarah made a complete recovery and used her concussion experience to become an advocate for concussion education and management in youth sports and school.

•             Congressional Testimony before the Education and Labor Committee

Learn more about MHA-NYC and the National TBI and Emotional Wellness Alliance at www.mha-nyc.org.

See videos and photos from the event at www.mhaevent.com.

Director of Communications and Marketing