is an importantbiblically derived Jewish festival. 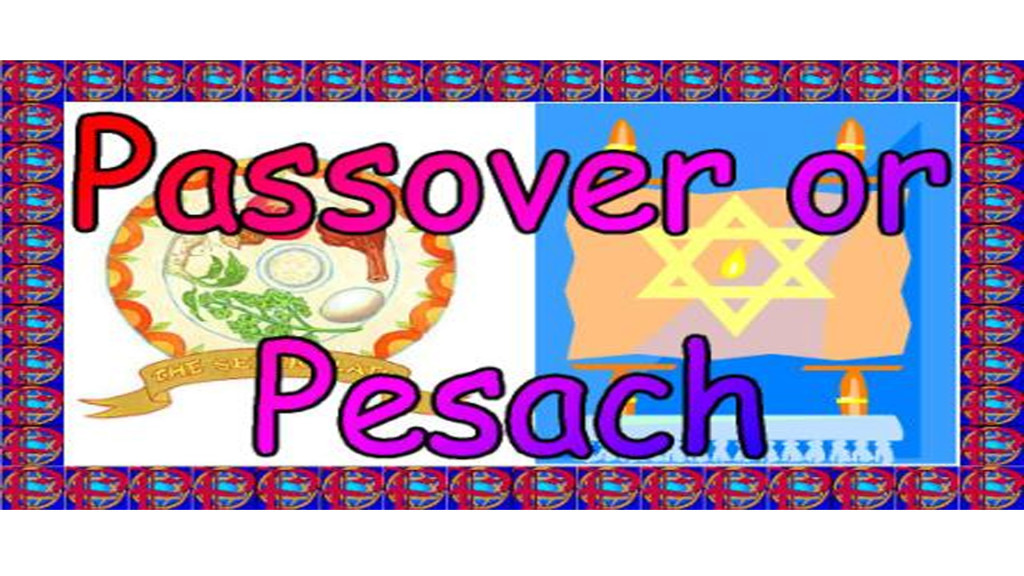 The Jewish people celebrate Passover as a commemoration of their liberation by God from slavery in Egypt and their freedom as a nation under the leadership of Moses. It commemorates the story of the Exodus as described in the Hebrew Bible especially in the Book of Exodus, in which the Israelites were freed from slavery in Egypt. According to standard biblical chronology, this event would have taken at about 1300 BCE (AM 2450).
Passover commences on the 15th of the Hebrew month of Nisan and lasts for either seven days (inIsrael) or eight days (in the diaspora). In Judaism, a day commences at dusk and lasts until the following dusk, thus the first day of Passover only begins after dusk of the 14th of Nisan and ends at dusk of the 15th day of the month of Nisan. The rituals unique to the Passover celebrations commence with the Passover Seder when the 15th of Nisan has begun. In the Northern Hemisphere Passover takes place in spring as the Torah prescribes it: “in the month of [the] spring” (בחדש האביב Exodus 23:15). It is one of the most widely observed Jewish holidays.
In the narrative of the Exodus, the Bible tells that God helped the Children of Israel escape from their slavery in Egypt by inflicting ten plagues upon the ancient Egyptians before the Pharaoh would release his Israelite slaves; the tenth and worst of the plagues was the death of the Egyptian first-born.
The Israelites were instructed to mark the doorposts of their homes with the blood of a slaughtered spring lamb and, upon seeing this, the spirit of the Lord knew to pass over the first-born in these homes, hence the English name of the holiday.
When the Pharaoh freed the Israelites, it is said that they left in such a hurry that they could not wait for bread dough to rise (leaven). In commemoration, for the duration of Passover no leavened bread is eaten, for which reason Passover was called the feast of unleavened bread in the Torah or Old Testament. Thus Matzo (flat unleavened bread) is eaten during Passover and it is a tradition of the holiday.
Historically, together with Shavuot (“Pentecost”) and Sukkot (“Tabernacles”), Passover is one of the three pilgrimage festivals (Shalosh Regalim) during which the entire population of the kingdom of Judah made a pilgrimage to the Temple in Jerusalem Samaritans still make this pilgrimage to Mount Gerizim, but only men participate in public worship.