You are here: Home / Good News To Go / Patricia Duff– Founder and Creator for The Common Good, shares her Good News mission 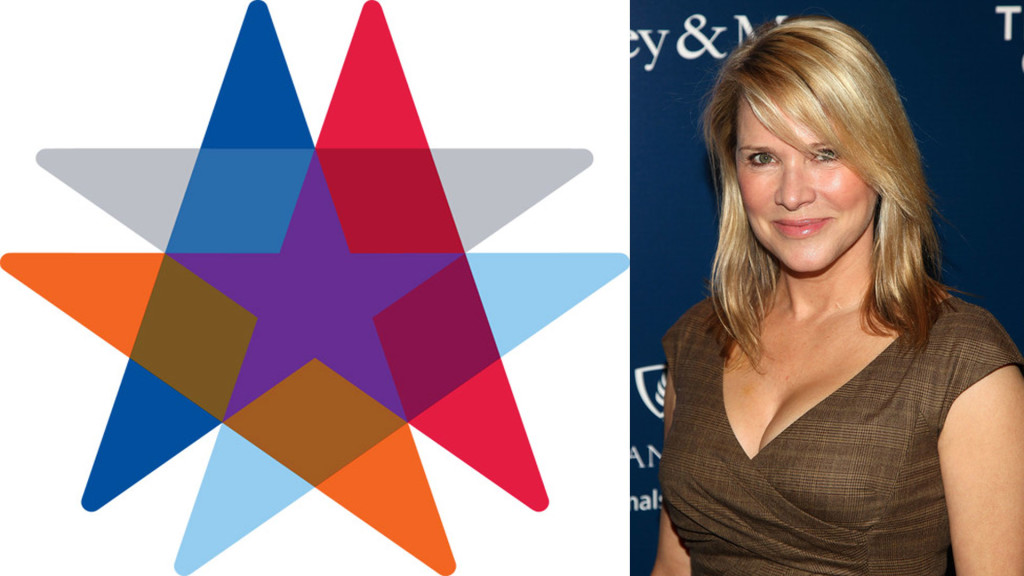 Monday, June 2 we are thrilled to host our second annual American Spirit Awards.  This elegant evening will honor several deserving individuals who have made a notable contribution to our great country in the past year.

Activism In The Arts:  Arnon Milchan, respected and prolific film producer, for his part in bringing the critically acclaimed “12 Years a Slave” to the screen.  The film provides an honest and unflinching portrayal of the ugly truth about slavery in America and has helped reinvigorate discussion of human dignity and equality in our country.  Milchan, Chairman of New Regency Productions, has made many films that have garnered both critical and commercial success, including Noah, Pretty Woman, Once Upon a Time in America, JFK, Mr. & Mrs. Smith, Natural Born Killers, Fight Club, War of the Roses, A Time to Kill, Under Siege, Love & Other Drugs.

Citizen Activism:   Jose Antonio Vargas, a leading activist on the issue of immigration reform and Pulitzer Prize-winning journalist, for his efforts to show the face of immigrants as hard-working, responsible and very American — even without the proper paperwork.  Vargas won a Pulitzer for his reporting on the Virginia Tech shootings, but soon after, he bravely chose to reveal his own status as an undocumented immigrant, risking deportation to help put a human face on immigration reform.  Vargas has since established his non-profit Define American and has been featured on the cover of Time Magazine.

ARNON MILCHAN (Executive Producer) is widely renowned as one of the most prolific and successful independent film producers of the past 25 years, with over 100 feature films to his credit.  Born in Israel, Milchan was educated at the University of Geneva.  His first business venture was transforming his father’s modest business into one of his country’s largest agro-chemical companies.  This early achievement was a harbinger of Milchan’s now-legendary reputation in the international marketplace as a keen businessman.

Soon, Milchan began to underwrite projects in areas that had always held a special interest for him – film, television and theater.  Early projects include Roman Polanski’s theater production of “Amadeus,” “Dizengoff 99,” “La Menace,” “The Medusa Touch” and the mini-series “Masada.”  By the end of the 1980s, Milchan had produced such films as Martin Scorsese’s “The King of Comedy,” Sergio Leone’s “Once Upon a Time in America” and Terry Gilliam’s “Brazil.”

After the huge successes of “Pretty Woman” and “The War of the Roses,” Milchan founded New Regency Productions and went on to produce a string of successful films including “J.F.K,” “Sommersby,” “A Time to Kill,” “Free Willy,” “The Client,” “Tin Cup,” “Under Siege,” “L.A. Confidential,” “The Devil’s Advocate,” “The Negotiator,” “City of Angels,” “Entrapment,” “Fight Club,” “Big Momma’s House,” “Don’t Say a Word,” “Daredevil,” “Man on Fire,” “Guess Who,” “Mr. and Mrs. Smith,” “Big Momma’s House 2,” “Alvin and the Chipmunks,” “The Fountain,” “Mirrors,” “Jumper,” “What Happens in Vegas,” “Alvin and the Chipmunks: The Squeakquel,” “Love and Other Drugs,” “Big Momma’s House 3,” “Alvin and the Chipmunks: Chipwrecked,”  “In Time,.” the critically acclaimed “12 Years a Slave and  the epic” Noah directed by Darren Aronofsky, starring Russell Crowe.

Along the way, Milchan brought on board two powerful investors and partners who share his vision: Nine Network and Twentieth Century Fox.  Fox distributes Regency movies in all media worldwide, except in international pay and free television where Milchan has taken advantage of the growing television and new media marketplace. Milchan also successfully diversified his company’s activities within the sphere of entertainment, most specifically in the realm of television through Regency Television (“Malcolm in the Middle,” “The Bernie Mac Show” and “Windfall”) and sports where the company was at one time the largest shareholder of PUMA, the worldwide athletic apparel and shoe conglomerate based in Germany, which was later sold after a successful re-branding of the brand in 2003.  In addition, Regency has acquired the worldwide television rights to Women’s Tennis Association Tournaments from 1999 through 2012 and has licensed  these  rights to  Pan European Broadcaster Eurosport  S.A. Regency owns a large stake in the Israeli Network, a television station brought to the United States via a satellite distribution agreement with Echostar and Regency also acquired a large stake in Channel 10, one of only two commercial broadcast stations in Israel.

Jose Antonio Vargas is a Pulitzer Prize-winning journalist, filmmaker, and the founder of Define American, a campaign that seeks to elevate the conversation around immigration.

In June 2011, the New York Times Magazine published a groundbreaking essay he wrote in which he revealed and chronicled his life in America as an undocumented immigrant, stunning media and political circles and attracting worldwide coverage. A year later, he appeared on the cover of TIME magazine internationally with fellow undocumented immigrants as part of a follow-up cover story. Since then, he has testified at a Senate Judiciary Committee hearing on immigration reform, and written and directed Documented, a documentary film on his undocumented experience. It world premiered in June 2013 as the centerpiece of the AFIDOCS film festival in Washington, D.C.

He was a senior contributing editor at the Huffington Post, where he launched the Technology andCollege sections. Prior to that, he covered tech and video game culture, HIV/AIDS in the nation’s capital, and the 2008 presidential campaign for the Washington Post, and was part of the team that won a Pulitzer Prize for covering the Virginia Tech massacre. In 2007, Politico named him one of 50 Politicos to Watch. His 2006 series on HIV/AIDS in Washington, D.C. inspired a feature-length documentary — The Other City — which he co-produced and wrote. It world premiered at the 2010 Tribeca Film Festival and aired on Showtime. In 2010, he wrote an exclusive profile of Facebook founder and CEO Mark Zuckerberg for the New Yorker.

The media’s evolution, and the breakdown of barriers between print and broadcast journalism, has guided his nearly 13-year reporting career. He’s written for daily newspapers (Philadelphia Daily News, San Francisco Chronicle) and national magazines (The Atlantic, Rolling Stone) and has appeared on several national and international television and radio programs, including Nightline,The O’Reilly Factor, and The Colbert Report. On HuffPost, he created the blog Technology as Anthropology, which focuses on tech’s impact on people and how we behave.

He taught a class on “Storytelling 2.0” at Georgetown University and served on the advisory board for the Knight-Batten Award for Innovations in Journalism, housed at American University. A very proud alumnus of Mountain View High School (‘00) and San Francisco State University (‘04), he loves jazz, hip-hop and anything by Gershwin, and worships at the altars of Altman, Almodovar, Didion, Baldwin and Orwell.

He dreamed of one day living in Manhattan after he saw Woody Allen’s version of it. He currently resides in Manhattan.

ABOUT THE COMMON GOOD

The Common Good is a non-profit, non-partisan organization that strives to inspire broad participation in our democracy through the free exchange of ideas and civil dialogue and seeks to find ways to bridge the growing divisions that threaten our nation. We are dedicated to finding common ground and, through forums and initiatives, encourage the civic engagement so essential for a thriving democracy.

What Are We Up To?

We trade rancorous tirades for civil arguments. We bring together leading (and often opposing) activists for informal discussions, not lectures. Equally important, we create campaigns and initiatives to encourage vigorous participation in our democracy. We’re out to bridge the chasm that divides the nation’s extremes. And we’re reaching out to ‘the great middle’ of the nation—to those who often make the difference in elections.

Isn’t That Already Happening? No.

These days, such discussion has too often been replaced by emotion and anger—just the environment that demagogues and hate- mongers thrive in. The Common Good goes beyond the shrill discussions of the 24- hour news cycle, and protects the truth from being hijacked by partisanship. We cannot afford to wait for the next crisis in energy, national security, debt overload or job depletion. Everyone can do their part – and we will bring together people of good will and good common sense to do theirs.

For the first time in the history of our nation, our children face a future that may be bleaker than our own. That’s why we’ll work to whip up public interest on the hot topics of the day and inspire citizens to get engaged, come together and move the country forward.

• Educate and empower members on issues of public importance.
• Encourage reasoned national debate and support the free exchange of ideas.
• Promote active participation in the democratic process and empower individual to “make a difference”.
• Ensure freedom of press and speech.
• Support tolerance for differing points of view.
• Seek new ideas.
• Encourage solutions to problems by finding common ground.
• Challenge our leaders and hold them accountable.

In 1988 a group of entertainment and business professionals banded together to form Show Coalition, an entertainment network to inform, connect and involve those affiliated with the entertainment industry into political affairs and public policy. Entertainment executives, writers, directors, producers, actors, agents, and others in the community joined together for informational forums, conferences and initiatives in Los Angeles and Washington, DC. Show Coalition has been credited with playing a critical role in creating the Hollywood/Washington nexus of entertainment activism during that community’s most politically active years.

The Common Good was formally organized in New York City in 2007. As with Show Coalition, TCG hosts a variety of forums for thought leaders from across the political spectrum. It has created strategic alliances with other organizations and brought a steady stream of exciting speakers and has created The American Spirit Awards to honor those who make a difference in public affairs and civic life. The Common Good seeks to focus on increasing citizen participation in the political process and what can each do to help move our country forward.