Psychology Today: One Word Protects Your Brain from Diabetes and Dementia.

You are here: Home / Living & Learning / Health and Wellness / Psychology Today: One Word Protects Your Brain from Diabetes and Dementia. 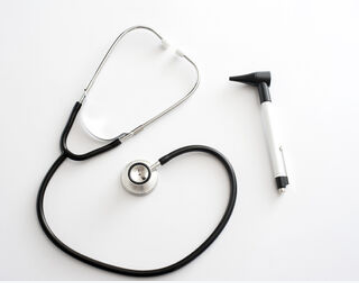 You might not think that diabetes and dementia have anything in common. But they have a common risk factor when it comes to one protective behavior. And that’s our “one word” for the day: Sleep.

Don’t underestimate the cost of getting a good night’s sleep. In fact, poor sleep may come back to haunt you years from now. Before I share a powerful ritual for training yourself to get a good night’s sleep on a consistent basis, let’s look at some research.

The journal Diabetes Care just published an article that reported, “Persistent short sleep duration or changes in sleep duration from early to middle adulthood were associated with higher risk of type 2 diabetes in later life.” That means that the quality of sleep you’re getting today will either help or hinder you in your later years.

The American Sleep Association reports that between 50-70 million US adults have some kind of sleep disorder.

Finally, consider new research that identified a system by which waste products are cleansed from the brain. It is called the glymphatic system, and according to Maiken Nedergaard, M.D., D.M.Sc., co-director of the Center for Translational Neuromedicine at the University of Rochester Medical Center (URMC) and lead author of the study, “Sleep is critical to the function of the brain’s waste removal system and this study shows that the deeper the sleep the better. These findings also add to the increasingly clear evidence that quality of sleep or sleep deprivation can predict the onset of Alzheimer’s and dementia.”

The glymphatic system only works when we sleep. Basically, it operates by compressing brain cells and pumping cerebral spinal fluid into the brain. This fluid cleanses out waste products, including the protein beta-amyloid, which is implicated in Alzheimer’s.

Other studies show that lack of sleep can cause problems with everything from memory and processing emotions to learning and type 2 diabetes, as mentioned above. I hope this is a convincing set of reasons for guarding the brain and training yourself for a restful sleep.

If you haven’t slept well for a while and don’t believe it’s possible for you to get a good night’s sleep, think again. I have worked with former addicts (who had gotten in the habit of staying up all night) to retrain themselves to sleep normally—and this was a huge and promising signal to them that their lives were back on track.

I like to think of the bedroom as a sacred sanctuary for sleep, rest, and rejuvenation. Now, let’s consider how you could create a Nighttime Sleep Ritual that lets you prepare for sleep about an hour before bedtime. Try the sleep ritual below. You can always supplement it with the guided sleep relaxation practice in my book Simply Mindful—an easy-to-follow 5-minute practice.

Here are some important ideas and activities to consider before entering your “sleep sanctuary”:

Even if you have an existing sleep habit, your body will change and adapt to the new program if you give it enough time and are consistent. Craft a sleep ritual that best fits your personal needs. Do your best to sleep at the same time each night, and eventually you will train your body and brain to follow along.