Save the Children Action Network

You are here: Home / All We Need Is Love / Children and Parents / Save the Children Action Network 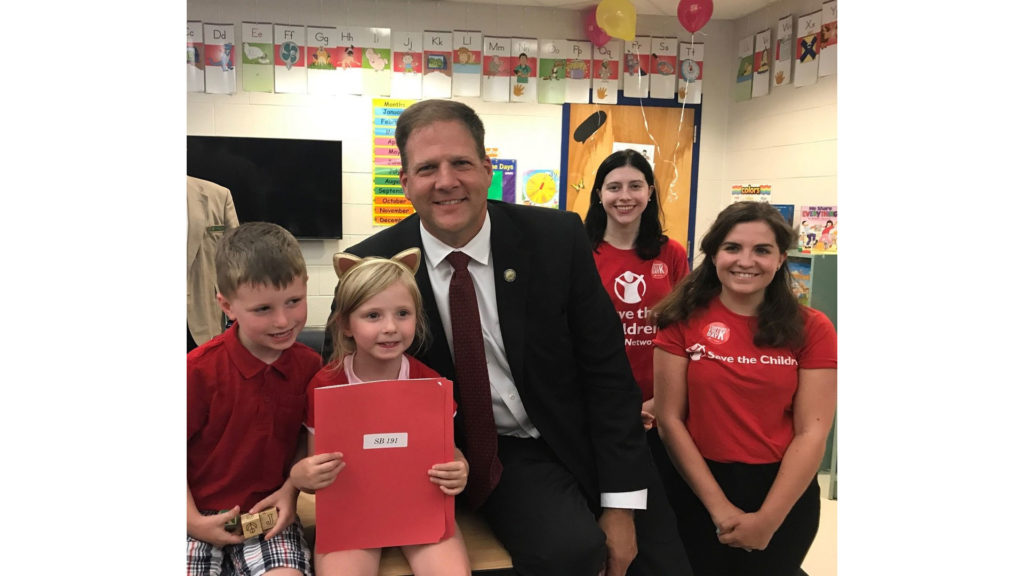 I just returned from Los Angeles, where my mother posthumously received the Arthur Ashe Courage Award at the ESPYS. What an incredible night! My parents are deceased but continue to inspire me and countless others each and every day. Seeing the video tribute to my mom, hearing the Special Olympics athletes tell the world that she gave them hope, a place to belong, a reason to live and that they themselves are agents of change….wow!
I was most touched by an old video of mom saying that “it’s welcome, inclusion, love…that’s what built our country.” Those words hit home and I think are a good reminder, and a good challenge, to us all.
My mother devoted her life to leveling the playing field for people with developmental disabilities. At Save the Children Action Network (SCAN), we’re trying to do that for children in need in the U.S. and around the world.
On Wednesday, Governor Chris Sununu of New Hampshire took a strong step in that direction when he signed SB-191, a bipartisan bill that provides additional state funding for full-day kindergarten programs, into law.

This is the culmination of years of work by SCAN and our supporters in New Hampshire and is a major victory for kids. Governor Sununu touted our efforts during the bill signing, saying “to have the Save the Children group on the ground here really made all the difference for us. It was someone that we could really lean on, that understood the pushes and pulls on the advocacy side…”
New Hampshire is the only Northeastern state with no state preschool and, until now, nearly half of the state’s five-year-olds didn’t have access to full-day kindergarten.
This bill is an important step toward ensuring that all children have an equal opportunity to succeed. SCAN is proud to have worked closely with leaders on both sides of the aisle, from Democratic state Senator David Watters, who wrote the original bill and has worked tirelessly for children throughout his career, to Governor Sununu, a Republican, who helped set a pro-kindergarten agenda back in February, to achieve this result for kids.
We will continue to push for policies that level the playing field for all children in New Hampshire, across the country and around the world.

Do you want peace between all peoples? Do you believe that “love conquers all”? Then you must see an amazing new play with selected performances off-Broadway in New York City . July 19-23, Video and Podcast are Here…
Next Post: Life Lessons with Stephanie Helling on Boom in Renting