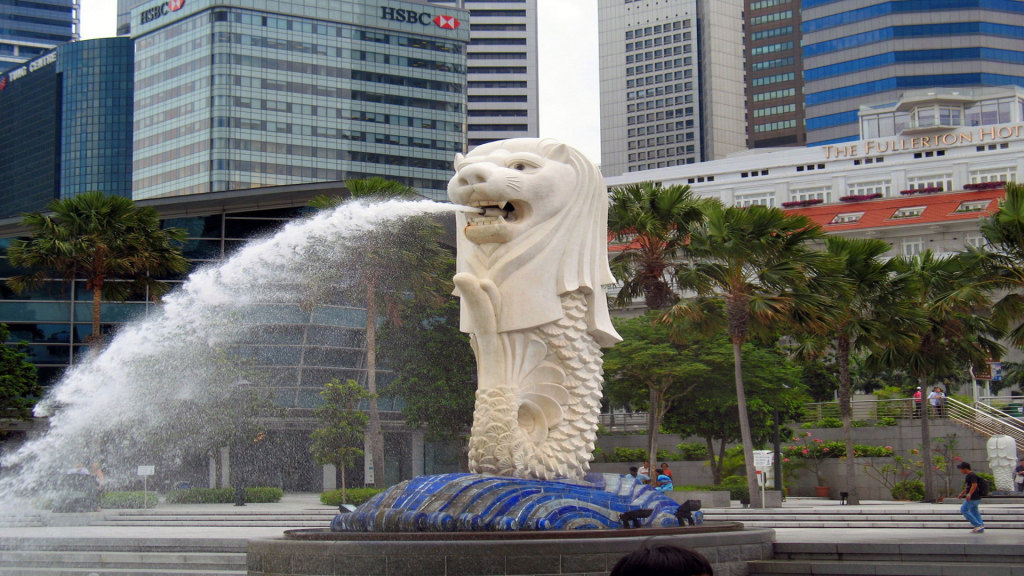 Singapore officially the Republic of Singapore, is a sovereign city-state and island country in Southeast Asia. It lies off the southern tip of the Malay Peninsula and is 137 kilometers (85 mi) north of the equator. The country’s territory consists of the lozenge-shaped main island, commonly referred to as Singapore Island in English and Pulau Ujong in Malay, and more than 60 significantly smaller islets. Singapore is separated from Peninsular Malaysia by the Straits of Johor to the north, and from Indonesia’s Riau Islands by the Singapore Strait to the south. The country is highly urbanized, and little of the original vegetation remains. The country’s territory has consistently expanded through land reclamation.
The islands were settled in the second century AD and subsequently belonged to a series of local empires .Modern Singapore was founded in 1819 by Sir Stamford Raffles as a trading post of the East India Company with permission from the Johor Sultanate. The British obtained sovereignty over the island in 1824, and Singapore became one of the British Straits Settlements in 1826. Occupied by the Japanese during World War II, Singapore declared independence from the United Kingdom in 1963 and united with other former British territories to form Malaysia, from which it was expelled two years later through a unanimous act of parliament. Since then, Singapore has developed rapidly, earning recognition as one of the Four Asian Tigers.
Singapore is one of the world’s major commercial hubs, with the fourth-biggest financial center and one of the five busiest ports. Its globalized and diversified economy depends heavily on trade, especially manufacturing, which represented 26 percent of Singapore’s GDP in 2005. In terms of purchasing power parity, Singapore has the third-highest per capita income in the world but one of the world’s highest income inequalities. It places highly in international rankings with regard to education, healthcare, and economic competitiveness. Approximately 5.4 million people live in Singapore (June 2013), of which approximately two million are foreign-born. While Singapore is diverse, ethnic Asians predominate: 75 percent of the population is Chinese, with significant minorities of Malays, Indians, and Eurasians. There are four official languages, English, Malay, Mandarin, and Tamil, and the country promotes multiculturalism through a range of official policies.
Singapore is a unitary multiparty parliamentary republic, with a Westminster system of unicameral parliamentary government. The People’s Action Party has won every election since self-government began in 1959. The dominance of the PAP, coupled with a low level of press freedom and suppressed civil liberties and political rights, has led to Singapore being classified as a semi-authoritarian regime. One of the five founding members of the Association of South East Asian Nations (ASEAN), Singapore is also the host of the Asia-Pacific Economic Cooperation (APEC) Secretariat, and a member of the East Asia Summit, the Non-Aligned Movement, and the Commonwealth. Singapore’s rapid development has given it significant influence in global affairs, leading some analysts to identify it as a middle power.

Salsa like you have to go to the bathroom
Next Post: Travel Girl: STRESS FREE, INSIDER HOLIDAY TRAVEL SURVIVAL TIPS!