You are here: Home / Archives for Sponsors & Funders / MSI 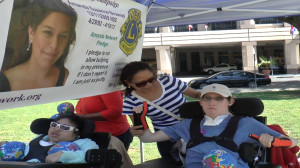 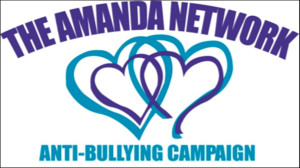 At only 16 years old, a junior, in high school, it was on December 11, 2008 when Amanda Suzanne Brownell tried to take her life in a bathroom at Del Mar High School in San Jose, California. This was a result of the bullying, sexual bullying, and cyber bullying she endured through MySpace, Facebook, AIM, and the 3500 text MESSAGES she received the month before her suicide attempt. Amanda, suffered severe brain damage, unable to speak or care for herself. After almost 4 and 1/2 years Amanda decided that her job here was done. She was hospitalized with pneumonia and seizures on March 13, 2013, while her parents were in Hawaii on vacation. On March 23, Amanda did not want to be poked and squeezed anymore. She was done and did not want any type of medicine or food. There was a family meeting … END_OF_DOCUMENT_TOKEN_TO_BE_REPLACED 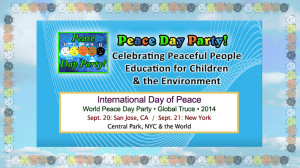 Dear Peaceful People, Our PEACE initiative continues…from our largest Peace Sign Broadcast in Times Square/NYC in 2013 www.peacedayparty.org, a nonprofit 501 C 3 invites YOU to help strengthen the message of the International Peace Day September 20 & 21, 2014.  All the countries of the UN unanimously agreed to a Day of Peace. Here are our peaceful details WHERE? 1    3rd. Annual Day of Awareness & Peace Rally in Plaza de Cesar Chavez, San Jose, California, September 20 at 10am.   www.amandanetwork.com   13th Annual Vigil for International Peace and Ecology in Central Park, Band Shell/ 72nd Street Mall, New York, New York, September 21 at 10am.  www.vigil4internationalpeace.org/ WHAT WILL WE DO? Create a HUMAN PEACE SIGN Have SING ALONG with Peace … END_OF_DOCUMENT_TOKEN_TO_BE_REPLACED

Dear Friends and the Green Spaces Community, We hope you are having a wonderful summer!  We are pleased to announce the launch of new partnerships and a new space this Fall.  Green Spaces Colorado will be opening in the historic Ballpark District of Denver in September.  If you are in town Thursday, September 17th, please join us in the evening for cocktails, music, and mingling with Colorado's exciting green community.  We would like to invite your friends in Colorado because they're our friends too!  Join us in this effort to bring together Colorado and New York's emerging green communities. We are pleased to announce our first corporate partnership with MSI Computers and our first strategic partnership with GreenT Digital.  MSI is a leader in providing energy efficient computers.  To … END_OF_DOCUMENT_TOKEN_TO_BE_REPLACED

In 2020 we will take our event to 193 countries and other locations to create the largest world gathering & broadcast to share Peace, … END_OF_DOCUMENT_TOKEN_TO_BE_REPLACED