You are here: Home / Archives for adaptation 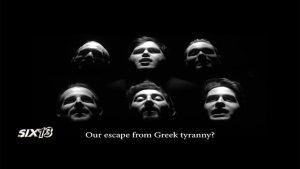 Blessed Unrest proudly presents a new adaptation of Charles Dickens’ A Christmas Carol, adapted by Matt Opatrny, and directed and choreographed by Jessica Burr. A Christmas Carol runs from December 5 - 22, 2013 in a limited engagement at The Interart Theatre, located at 500 West 52 Street (at the corner of 10th Avenue) in New York City. Previews begin December 5 for a December 7 opening. Performances are Wednesdays - Saturdays at 8pm and Mondays at 7pm with additional shows on Sunday, December 8 at 3pm and Sunday, December 22 at 3pm. The Saturday, December 14 8pm performance, along with a 3pm matinee, will take place at the Emelin Theatre (153 Library Lane) in Westchester. Tickets are $18 for performances at The Interart Theatre and can be purchased online … END_OF_DOCUMENT_TOKEN_TO_BE_REPLACED

In 2020 we will take our event to 193 countries and other locations to create the largest world gathering & broadcast to share Peace, … END_OF_DOCUMENT_TOKEN_TO_BE_REPLACED