You are here: Home / Archives for archer 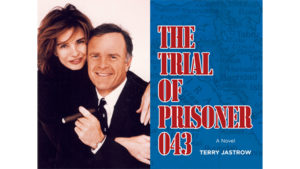 A novel by Terry Jastrow On a glorious autumn morning in Saint Andrews, Scotland, former US president George W. Bush approached the first tee of the world famous Old Course to play a round of golf he would not finish. Unceremoniously abducted off the course by a team of paramilitary commandos, he was transported to the International Criminal Court in The Hague to stand trial for war crimes in connection with the Iraq War. The ICC had spent one year accumulating evidence sufficient to indict George W. Bush as the single person most responsible for the war. Would he be found innocent or guilty, or would something happen that would disrupt the administration of justice? for more about Terry, go to www.TerryJastrow.com Anne recently made a guest appearance on the FOX comedy THE … END_OF_DOCUMENT_TOKEN_TO_BE_REPLACED

In 2020 we will take our event to 193 countries and other locations to create the largest world gathering & broadcast to share Peace, … END_OF_DOCUMENT_TOKEN_TO_BE_REPLACED