You are here: Home / Archives for basketball 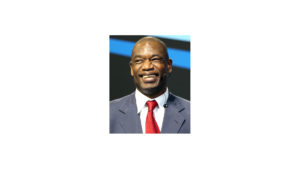 Video & Podcast - Dikembe Mutombo Mpolondo Mukamba Jean-Jacques Wamutombo Mutombo Peace Talks RECIEVES AN AWARD AT THE NBA AWARDS.GOOD NEWS GUY!!! (born June 25, 1966), better known as Dikembe Mutombo, is a Congolese American retired professional basketball player who played 18 seasons in the National Basketball Association (NBA). Outside basketball, he has become well known for his humanitarian work. The 7 ft 2 in (2.18 m), 260-pound (120 kg; 19 st) center, who began his career with the Georgetown Hoyas, is commonly regarded as one of the greatest shot blockers and defensive players of all time, winning the NBA Defensive Player of the Year Award four times; he was also an eight-time All-Star. On January 10, 2007, he … END_OF_DOCUMENT_TOKEN_TO_BE_REPLACED 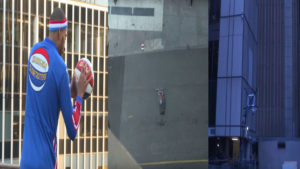 To prepare for the Harlem Globetrotters’ games at Madison Square Garden this weekend, Zeus McClurkin made an impossible 120-foot shot from the top roof at the World’s Most Famous Arena. Dubbed as “world’s most famous trick shot,” Zeus accomplished the feat this morning (Nov. 21). The footage and accompanying music below are approved for media (courtesy Harlem Globetrotters). Digital media are encourage to embed the video. Via Facebook Via YouTube NOTE: The Harlem Globetrotters will play two games at Madison Square Garden on Friday, Nov. 24 at 12 p.m. And Saturday, Nov. 25 at 1 p.m. Tickets are still available for both games. The Globetrotters' “Amazing Feats of Basketball” World Tour will bring eight additional games to the NYC area from Dec. 26-31, including a third game … END_OF_DOCUMENT_TOKEN_TO_BE_REPLACED 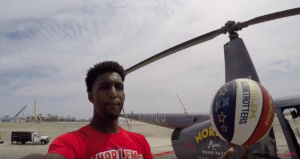 High above Morey’s Piers Amusement Parks in Wildwood, NJ, Harlem Globetrotters star Bull Bullard made a historic trick shot from a helicopter. Hovering 210-feet above the beach, it becomes the highest basketball shot ever made from an aircraft. Bull is in Wildwood preparing for games at the Jersey Shore from Aug. 16-19, plus a national tour starting in the fall. YouTube: Facebook: https://www.facebook.com/HarlemGlobetrotters/videos/10155044569103717/ Bull was determined to top his epic trick shot in Wildwood that he made last summer on the Skycoaster at Morey’s Piers. Watch it here (approved for media – courtesy Harlem Globetrotters). Bull is no stranger to overcoming obstacles while growing up in the foster care system in Detroit, MI. As a teenager, … END_OF_DOCUMENT_TOKEN_TO_BE_REPLACED

What Does Peace Mean to You? … END_OF_DOCUMENT_TOKEN_TO_BE_REPLACED 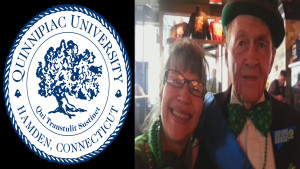 year after year and brings a large community to be part of the New York City Parade, by bus from the Hamden, CT. Campus. What fun Good News hears from participants at the after party. Also everyone is rooting for the: The Quinnipiac women's basketball team has advanced to the 2015 NCAA tournament. Don't miss opening round action against the University of Oklahoma, Saturday afternoon. Game Information NCAA First Round Game: Oklahoma City Region #12 Quinnipiac Bobcats vs. #5 Oklahoma Sooners Saturday, March 21, 2015 at 4 p.m. EDT Maples Pavilion, Stanford, Calif. The winner will advance to take on the winner of #13 Cal-State Northridge vs. #4 Stanford, Monday, March 23 at 3:30 p.m. EDT. TV/Streaming/Radio The game will be nationally televised on ESPN2. It will … END_OF_DOCUMENT_TOKEN_TO_BE_REPLACED

In 2020 we will take our event to 193 countries and other locations to create the largest world gathering & broadcast to share Peace, … END_OF_DOCUMENT_TOKEN_TO_BE_REPLACED