You are here: Home / Archives for bio 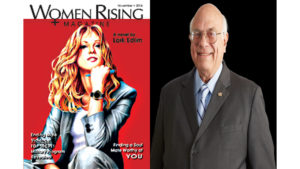 Karl Milde is the author of The Commuter Train, The Airplane and The Road Ranger, as well as a children’s series entitled Jason and the Detectives. In addition to writing novels, Karl has enjoyed a successful career as an intellectual property attorney and an inventor. He has received over twenty-five patents on his inventions for improving the safety of airplanes, motor vehicles and, most recently, firearms. a novel by Karl Milde Coming soon: The founder of a feminist magazine must decide between revealing a secret government bio-weapon that promises to end male violence and her desire to find her soul mate. http://www.milde.com/ … END_OF_DOCUMENT_TOKEN_TO_BE_REPLACED 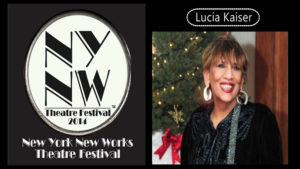 Lucia Kaiser rocks. She is involved in Producing the great Marvin Gaye Feature Film “Midnight Love” for the past few years. I have just completed the final financing of $4million. We are shooting in Belgium next year and have quite a star studded cast as you will read in my bio below. I think you will enjoy many of my friends photos. http://projectpayitforward.org/ambassadors/lucia-kaiser She is also Producing an amazing film “Framed” based on my partner and dear friends life, Tod Volpe. He has been in the art world for over 40 years. His book “Framed” was published a number of years ago. The great Oscar Award Nominated Writer, Terrence Winter, has written our screenplay (The Wolf of Wallstreet, Boardwalk Empire, Soprano’s, etc.). It will also expose the corruption in the artworld. … END_OF_DOCUMENT_TOKEN_TO_BE_REPLACED 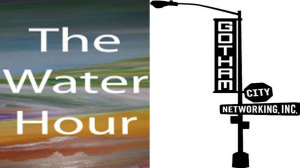 Friars Club, NYC  December 4, 2014 – Gotham Networking held its 3rd and most memorable GOtham Green Awards ceremony recognizing companies and people who are making important contributions toward  a more sustainable, and energy efficient world for all of us.  There were 8 winners each contributing in a unique area and in some fascinating ways.  These are the people who will help shape our futures by introducing such things as: ways to better utilize our resources, tools to improve our self-reliance as a country, implementing new and improved ways to build, creating new ways to use our waste, using old spaces in new ways, and providing new options for growing produce. There were many very qualified applications representing a variety of Businesses, and nonprofits that are doing great … END_OF_DOCUMENT_TOKEN_TO_BE_REPLACED

David Glover is currently the Assistant Conductor of the Indianapolis Symphony Orchestra. This season with the orchestra he assists and covers all Lilly Classical Series concerts as well as conducts Discovery, Family Series, and Side-by-Side Concerts. He is a frequent host of the Indianapolis Symphony's Words on Music, their pre-concert lecture before each performance. In the past few seasons, David has led numerous orchestras including the Indianapolis Symphony Orchestra, Ensemble Orchestral de Paris, North Czech Philharmonic, Rouse Philharmonic, Bulgarian Opera, Bourgas, and Hungarian Opera, Cluj, in addition to working with some of his generation's most exciting artists, such as Stefan Jackiw and Time for Three. As a participant in numerous competitions, he has placed in the … END_OF_DOCUMENT_TOKEN_TO_BE_REPLACED

shares some good news as we discuss East and West medicine. Zhen Joy Lin hosts. BioTime is a biotechnology company focused on the emerging field of regenerative medicine. Our core technologies center on novel stem cells capable of becoming all of the cell types in the human body. Products made from these “pluripotent” stem cells are being developed by our subsidiaries, each of which concentrates on different medical specialties, including: neuroscience, oncology, orthopedics, and blood and vascular diseases. BioTime’s commercial strategy targets near-term commercial opportunities such as Hextend and our current line of research products: ACTCellerate cell lines and associated ESpan culture media, HyStem hydrogels, and GMP human embryonic stem cell lines. In addition, the launch of … END_OF_DOCUMENT_TOKEN_TO_BE_REPLACED

In 2020 we will take our event to 193 countries and other locations to create the largest world gathering & broadcast to share Peace, … END_OF_DOCUMENT_TOKEN_TO_BE_REPLACED