You are here: Home / Archives for brush 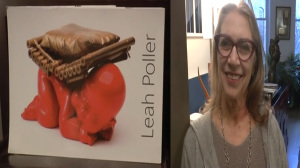 Taking Art through herself to her Sculpture http://www.leahpoller.com/ Leah Poller was born in Pennsylvania. She received classical training in sculpture at the prestigious Ecole Nationale Superieure de Beaux Arts, in Paris, France. Partaking of a rich, multi-cultural environment, Poller interacted with foremost members of the international arts communities of France, Spain, Italy and Latin America. Returning to the United States in 1992, she established her studio in Soho and began the series of "101 Beds" which has been exhibited in galleries and institutions in Europe, Mexico, and throughout the United States. In 2010 she began "The Unmade Bed Project", a collection of images of people's unmade beds (www.unmadebedproject.com) which will be the basis for the book "UNMADE BED PROJECT – A … END_OF_DOCUMENT_TOKEN_TO_BE_REPLACED

to Bring Healthy Smiles to Youth at Harlem Children’s Zone Oral-B has teamed up with Dr. Jonathan B. Levine, nationally recognized NYC based oral health expert and regular contributor on “The Dr. Oz Show,” to help Americans improve their oral health. Through a charitable partnership, Oral-B and Dr. Levine’s GLO Good Foundation are educating Americans on the importance of having good oral health. They visited and will be visiting select areas throughout the country, starting right here in Harlem on January 24th. Dr. Levine joined more than 300 kids (ages K-12) at the Harlem Children’s Zone to host a special themed event, “Brush Up Smile Zone!” The event included a variety of fun and educational activities that spread the message about the importance of good oral health –as it … END_OF_DOCUMENT_TOKEN_TO_BE_REPLACED

In 2020 we will take our event to 193 countries and other locations to create the largest world gathering & broadcast to share Peace, … END_OF_DOCUMENT_TOKEN_TO_BE_REPLACED