You are here: Home / Archives for burnett 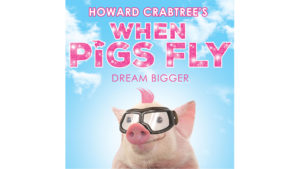 Carol Burnett, Cher, When Pigs Can Fly The Musical Robert Gordon Mackie shares What Peace Means to Him. (born March 24, 1940) is an American fashion designer and costumer, best known for his dressing of entertainment icons such as Joan Rivers, Cher, RuPaul, Barbara Eden, Bette Midler, Diana Ross, Judy Garland, Liza Minnelli, Tina Turner, Carol Burnett and Mitzi Gaynor. He was the costume designer for Carol Burnett on The Carol Burnett Show during its entire 11-year run and designed the costumes for its spinoff, Mama's Family, and for the 1993 television adaptation of Gypsy. https://upload.wikimedia.org/wikipedia/commons/thumb/a/a1/Curtain_Dress.JPG/220px-Curtain_Dress.JPG The Curtain Dress, worn by Carol Burnett on The Carol Burnett Showparody of Gone With The Wind. Mackie … END_OF_DOCUMENT_TOKEN_TO_BE_REPLACED 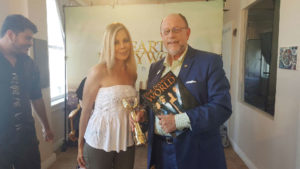 Paul Sladkus reminisces about his days at CBS in the 70's on shows like All in the Family, Carol Burnett, and the Sonny and Cher Show. He also talks about how the internet changed media and what it takes to succeed in the entertainment industry. Heart of Hollywood is a Multi-Media Heart of Hollywood is a Multi-Media Entertainment Services Company specializing in Feature Films, TV Series, Cloud Media. Providing a network of diverse social, entertainment, creative, business, and entrepreneurial communities that empower one another towards success. HEART OF HOLLYWOOD MEDIA contact@heartofhollywoodmedia.com 6362 Hollywood Blvd, Los Angeles 90028 Office: (323) 204-3133 https://www.heartofhollywoodmedia.com/ … END_OF_DOCUMENT_TOKEN_TO_BE_REPLACED

In 2020 we will take our event to 193 countries and other locations to create the largest world gathering & broadcast to share Peace, … END_OF_DOCUMENT_TOKEN_TO_BE_REPLACED