You are here: Home / Archives for carpenter 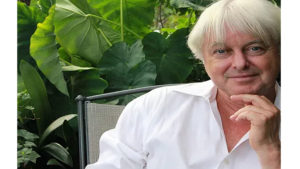 Kris Krohn, https://www.guildgreenegallery.com/gallery is a New York based artist and gallery owner with a background in architecture and design. Born in Portland, Oregon, he became interested in construction and creating at an early age. Later on he studied arcituctural rendering and fine art. When he moved to New York City at age 23, Krohn worked in the galleries of Leo Castelli, Marian Goodman, and Sperone Westwater. After five years of gallery work, Krohn took up a career in design and construction of high-end interiors in Manhattan. As his interest in painting was growing, he accompanied his construction work with traditional oil painting and drawing as a student at the Art Students League for two years. In 1998 Krohn bought the old Bristol Meyers building in Brooklyn. In … END_OF_DOCUMENT_TOKEN_TO_BE_REPLACED

The Carpenter Once upon a time, two brothers who lived on adjoining farms fell into conflict. It was the first serious rift in 40 years of farming side-by-side, sharing machinery and trading labor and goods as needed without a hitch. Then the long collaboration fell apart. It began with a small misunderstanding and it grew into a major difference and finally, it exploded into an exchange of bitter words followed by weeks of silence. One morning there was a knock on John's door. He opened it to find a man with a carpenter's toolbox. "I 'm looking for a few days' work," he said. "Perhaps you would have a few small jobs here and there I could help with? Could I help you?" "Yes," said the older brother. "I do have a job for you. Look across the creek at that farm. That's my … END_OF_DOCUMENT_TOKEN_TO_BE_REPLACED

In 2020 we will take our event to 193 countries and other locations to create the largest world gathering & broadcast to share Peace, … END_OF_DOCUMENT_TOKEN_TO_BE_REPLACED