You are here: Home / Archives for characterized 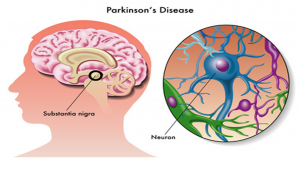 April is Parkinson’s Awareness Month Parkinson’s, which is characterized by a loss of certain nerve cells in the brain that regulate functions like motor control, affects about one million people in the U.S. and millions more globally. It is the second most common progressive neurological disorder and research shows prevalence in the U.S. is increasing. Parkinson’s symptoms can be challenging to diagnose. And even once diagnosed and put on baseline Parkinson’s treatment, many people with Parkinson’s experience a return of their symptoms between doses, bringing a new meaning to “feeling off.” For these people, these fluctuations between periods when symptoms are controlled – known as ON periods – and periods when symptoms return – known as OFF periods or OFF episodes, can be very … END_OF_DOCUMENT_TOKEN_TO_BE_REPLACED

In 2020 we will take our event to 193 countries and other locations to create the largest world gathering & broadcast to share Peace, … END_OF_DOCUMENT_TOKEN_TO_BE_REPLACED