You are here: Home / Archives for congenital 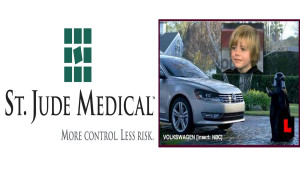 NON-PROFIT HEALTH-LIFESTYLE ***MENDED LITTLE HEARTS INITIATIVE TO SAVE LIVES*** NEW RESOURCES TO HELP PARENTS, CHILDREN WITH MOST COMMON BIRTH DEFECT MOTHER OF LITTLE DARTH VADER LAUNCHES NEW EFFORT TO FIGHT HEART DISEASE FROM THE START Child Actor Max Page’s Mom, a Cardiologist & St. Jude Medical to Explain the Challenges Facing Families with Congenital Heart Problems A new initiative by the non-profit Mended Little Hearts and St. Jude Medical will offer an important new resource for parents who need answers—and it’s being headlined by none other than the mother of “Little Darth Vader,” Jennifer Page. You may know her son Max from his appearances on the soap opera “The Young and the Restless” and from his well-known role as little Darth Vader in a Volkswagen Super Bowl commercial … END_OF_DOCUMENT_TOKEN_TO_BE_REPLACED

Cerebral palsy (CP) is an non-contagious motor conditions that cause physical disability in human development, chiefly in the various areas of body movement. Scientific consensus still holds that CP is neither genetic nor a 'disease', and it is also understood that the vast majority of cases are congenital, coming at or about the time of birth, and/or are diagnosed at a very young age rather than during adolescence or adulthood. Cerebral refers to the cerebrum, which is the affected area of the brain. The disorder may often involve connections between the cortexand other parts of the brain such as the cerebellum). The term palsy in modern parlance refers to disorder of movement, but the word root "palsy" does still technically mean "paralysis" today, even though it is not used as such … END_OF_DOCUMENT_TOKEN_TO_BE_REPLACED

In 2020 we will take our event to 193 countries and other locations to create the largest world gathering & broadcast to share Peace, … END_OF_DOCUMENT_TOKEN_TO_BE_REPLACED