You are here: Home / Archives for deblasio 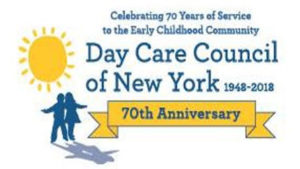 NEW YORK, NY – A significant milestone has been approved for New York City’s early childhood education system. In a 3 to 1 vote, workers of District Council 1707/Local 205 ratified a three-year agreement with the Day Care Council of New York. The agreement will raise the salaries of certified teachers in community-based organizations to the same salary level as teachers in the Department of Education. Community-based teachers have the same education and teaching certification as their colleagues in public school. The agreement becomes effective October 1, 2019 - September 2022 and phases in the salary increases over this three year period. “This settlement continues the Administration and NYC City Council’s commitment to early childhood education and ensuring we have the best talent in … END_OF_DOCUMENT_TOKEN_TO_BE_REPLACED 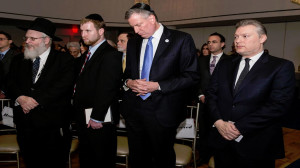 Monday evening, Mayor DeBlasio joined the  West Side COJO and the Lincoln Square Synagogue in a major community event to commemorate Yom Ha Shoah -  the special day of Holocaust Remembrance. The program began with an emotionally moving memorial service led by Lincoln Square's Rabbi Shaul Robinson and their Chazzan Yanky Lemmer.  Then Michael Landau, Chairman of West Side COJO, introduce the mayor by acknowledging his deep passion for human dignity, democracy and justice. Mayor DeBlasio, who has visited Yad Vashem in Israel three times, emphasized the importance of continuing to gain a deeper and deeper understanding of the lessons of the Holocaust.  He stressed the need for vigilance on the part of government and all of us to respond strongly against anti -Semitism in our city and … END_OF_DOCUMENT_TOKEN_TO_BE_REPLACED

In 2020 we will take our event to 193 countries and other locations to create the largest world gathering & broadcast to share Peace, … END_OF_DOCUMENT_TOKEN_TO_BE_REPLACED