You are here: Home / Archives for developing 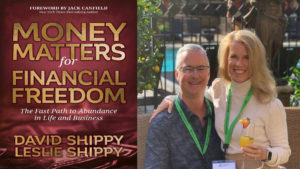 Leslie & David Shippy on their book- Money Matters for Financial Freedom. In their latest book Leslie & David Shippy can speak to how they both quit their ‘day-jobs’ in corporate America in less than 5 years and developed a “Millionaire Mindset” and multiple streams of income to become mega successful multi-millionaires! Leslie used the technique of positive energy, visualization, creativity and innovation and so did her husband. See below. Leslie & David Shippy in their hit new book Money Matters for Financial Freedom provide a ‘how to” on developing other income streams so that you can replace your ‘day job’ within 3-5 years (as they did). There are valuable lesions on developing: A “Millionaire Mindset” Finding Your One Thing for Financial Freedom, Build … END_OF_DOCUMENT_TOKEN_TO_BE_REPLACED 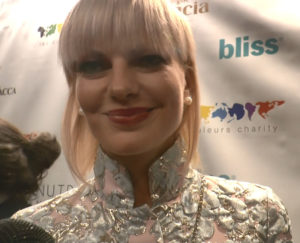 Born in Lithuania, Aura Copeland was fascinated from an early age by beauty, elegance, and aesthetic perfection--as well as by the elusive glamour of a beauty-enhancing imperfection. After studying architecture at Vilnius Academy of Art in Lithuania, she moved to New York City, where she worked as a model and attended Fashion Institute of Technology, earning her degree in accessory design. Most recently, she has worked as a footwear designer at Adoni Group in New York. Aura is also the co-founder of a New York based charity organization, Les Couleurs Charity. Dedicated to bringing the arts and educational opportunities to underprivileged kids in the developing world, Les Couleurs Charity organizes exclusive color-themed charity events in New York City. Lately, on behalf of her … END_OF_DOCUMENT_TOKEN_TO_BE_REPLACED

In 2020 we will take our event to 193 countries and other locations to create the largest world gathering & broadcast to share Peace, … END_OF_DOCUMENT_TOKEN_TO_BE_REPLACED