You are here: Home / Archives for divinity

The purpose of this Vigil is to awaken humanity to harmony and peace through the power of intent and celebration. Our vision is to heal and bridge our lives and communities to achieve divinity alignment and recognize the oneness in all for more info, go to http://www.vigil4peace.org/ … END_OF_DOCUMENT_TOKEN_TO_BE_REPLACED 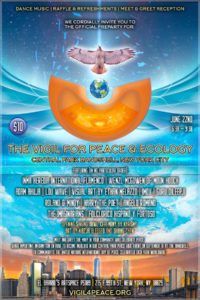 Vigil Pre-party invite 22 June Please share and RSVP Dedication to Angelo Romano who was a integral part of the Vigil for Years, Our Prayers are sent to him on his passing The Vigil 4 Peace & Ecology   Cordially invite you to attend our Summer Festival WHAT: VIGIL-pre-PARTY CELEBRATION WHEN: Wednesday the 22 nd of June 2016 from 6:30 to 7:30 pm WHERE: EL BARRIO'S ART SPACE PS109 215 East 99 Street between 2 nd and 3 rd Avenues NYC WHY: Meet and greet the many in your community who celebrate Peace and share important information on how to become involved in our Central Park PEACE VIGIL event on September 18 at the Bandshell to commemorate the UNITED NATIONS INTERNATIONAL DAY OF PACE celebrated each year WorldWide The Vigil for Peace & Ecology is a transformational, grassroots … END_OF_DOCUMENT_TOKEN_TO_BE_REPLACED 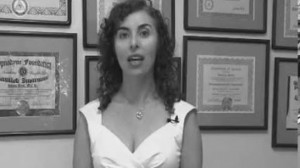 (note the one "gifted hypnotherapist ..") As a teenager I only had one pair of jeans and became terribly embarrassed and ashamed when a cute boy at school smiled at me, because I was certain that he was laughing at my old jeans. It took me many years to summon the strength to share my story: I grew up in poverty in the Ukraine (part of the Soviet Union at the time) and later in Israel, after my parents relocated there due to persecution based on a religion we didn’t follow or even know much about. My parents were working many hours to make ends meet and we barely had money for food, everything else was considered a luxury we couldn't afford. After college graduation and completing my service in the Israeli Navy, I married my high-school sweetheart of 5 years. He soon turned out … END_OF_DOCUMENT_TOKEN_TO_BE_REPLACED

In 2020 we will take our event to 193 countries and other locations to create the largest world gathering & broadcast to share Peace, … END_OF_DOCUMENT_TOKEN_TO_BE_REPLACED